The 3 Secrets to Life-Long Brain Health

Over the last few years, I’ve made brain decay prevention a personal mission. I’ve read nearly every research paper ever published on the matter and have interviewed many leading experts nationwide.

What I’ve learned is that amazing new research is proving that specific nutrients, along with a healthy diet and lifestyle, may be the secret remedy long overlooked by traditional medicine. Science shows that these nutrients have an undeniably positive impact on brain health.

Based on my research, the following three nutrients are the “best of the best” and what I believe to be the overlooked “secrets” to preventing cognitive decline.

SECRET #1: This Antioxidant Is the Brain’s Fountain of Youth

Your brain depends on the powerful antioxidant CoQ10 to keep it healthy. This makes sense since CoQ10 is a primary player in your body’s energy production processes, and your brain has incredibly high demands for cellular energy.

Research shows that deficits of CoQ10 severely compromises brain function, leading to sluggish thinking and memory impairment. Yet, far too many people are deficient in CoQ10, especially seniors. That’s because as you get older, your body produces less and less CoQ10.

However, when you do have adequate levels, your mind and memory thrive! According to a UCSD study, proper levels of CoQ10 can slow brain deterioration by 44%. Furthermore, studies show that people with high levels of CoQ10 have sharper mental acuity, better motor abilities, and more mental energy. CoQ10 also benefits your heart and overall energy levels.

It’s important to take the right kind of CoQ10 since many supplements out there are junk. I’ll cover this in more detail in my “buyer’s guide” below.

SECRET #2: The Omega-3 That Your Brain Craves

One particular omega-3 called DHA (docosahexaenoic acid) is absolutely critical to optimal brain function. As you age, your brain’s ability to absorb DHA declines and your levels can drop significantly. This literally starves your mind, compromising both brain function and memory retention.

The results of scientific studies on the brain-protecting effects of DHA are incredibly compelling. For example, one study showed a 60% decrease in cognitive decline in those who had a regular intake of DHA. Additionally, research has shown that those suffering from cognitive decline have dramatically lower levels of DHA in their brains.

Overall, if you really dig into the research, it’s basically irrefutable that DHA can speed up brain wave activity, help to create more synapses in the brain and preserve healthy memory function.

Sadly, too many people have critically low levels of DHA, especially people over the age of 65. However, I recommend you take only a specific type of DHA to make sure you’re not doing more harm than good — more on that later.

SECRET #3: One of the Most Powerful Brain Protectors Ever

Here are 2 factoids about the nation of India. The first one you’ll probably find only moderately interesting, and perhaps not too surprising. However, the second one might wow you.

Fact 1: The nation of India has the highest consumption rate of the spice turmeric in the world. Turmeric is the primary spice used in curries.

Fact 2: India has one of the lowest rates of cognitive decline in the world, with a death rate that is 8 times lower than that of the U.S.

What’s the connection between these two facts? The answer can be found in a powerful antioxidant called curcumin, which is a component of the curry spice turmeric. In fact, research shows that curcumin has profound protective benefits for the brain.

One study shows that curcumin turns on a key gene signal involved with nerve protection, which boosts antioxidant enzymes in the brain and helps to prevent neurodegeneration.

Other research has shown that curcumin not only has positive benefits on memory but also acts as a potent anti-inflammatory. However, it’s important to take a standardized extract of curcumin to make sure you’re getting therapeutic amounts of the active ingredient.

Beyond that, there are things you can DO. Get enough sleep. This one is huge! Challenge yourself. Learn a new language, read books, exercise that brain muscle. Minimize stress. Meditate. Get exercise. These activities are very important for maintaining long-term brain health (and they’re just generally good for you as well).

Before we delve into this post, let’s just take a moment to marvel at everything the scientific method has given

Have You Ever Sat Back and Thought, “Wow, I’m Amazing”? 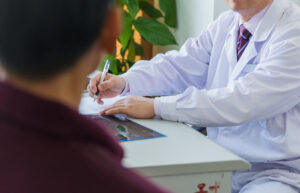 Truth From the Mouth of the Beast: A Cardiologist Speaks About the Medical Industry

An interview with a cardiologist named Dr. Jack Wilson popped up recently on Natural News and it was both shocking