6 Ways Salt is So Much More Than a Condiment

You go to the restaurant and there it is, in a little glass shaker, predictably next to the pepper. But let’s shatter any preconceived notions right away–that’s not even salt.

Real salt, more specifically Himalayan Sea Salt, or Celtic Sea Salt, is something much more amazing, integrated, healthy and beautiful than what you’ll find infused with iodine and taking up space in your pantry. And for the purposes of this article, the word “salt” will refer to this, where “table salt” will be how we designate that other… stuff.

Without even getting into the meat of this article, just as an introduction, salt contains every known element aside from the inert gasses. Of the 94 known elements, salt has 84 of them. Every element that makes up a human body can be found in salt. And that’s just the beginning. Here are 7 ways salt is so much more than a condiment:

The structure of salt gives it incredible properties

Salt is a cubical crystal structure–as opposed to, say, quartz, which is a tetrahedral crystal structure. This makes for some interesting effects. First of all, this is not a molecular structure, it is an electrical one. When in contact with water, the crystalline structure breaks apart and the salt diffuses into the water. Salt is not metabolized in the body like other foods. It remains salt whether the crystalline structure is intact (when dry) or not (when wet – called brine or Solé). However, when it is diffused into water, salt becomes ionized, which allows it to pass directly into the cells of the body, even past the blood-brain barrier and directly into the brain cells.

Salt and your thoughts

For your brain to retrieve and transmit information, salt is a crucial component. Tiny electrical impulses are constantly passing through our bodies, from cell to cell. How does this work? Well, salt is primarily two elements, Sodium (N) and Chloride (Cl). Sodium in the body is in the form of a positively charged ion (remember, electrical signals require both a positive and a negative charge to become active). Sodium is also too big on its own to pass through a cell wall. Potassium (K) is also positively charged and when it leaves the cell, where Sodium just happens to be, it causes a powerful electrical potential where two positively charged ions (N and K) are outside a cell which is now negatively charged INSIDE.

In nerve cells, a cascade of electrical impulses that starts in the brain travels from cell to cell. When it reaches a cell, the membrane turns inside-out (so to speak), which allows the Sodium ion into the cell, balancing the charge and allowing the electrical signal to continue through the cell.

So, literally, salt is required to facilitate the electrical signal exchange between cells, or to put another way, to facilitate your thoughts.

That table salt we all know so well isn’t even salt at all. Table salt is an industrially-created substance that contains the two primary, bonded elements that make up salt. But during this industrial process, the other elements are not available. All that’s left is a rather physiologically-damaging molecule, devoid of the physical and spiritual health benefits of real salt.

Because table salt is not salt, and your body knows this even if you didn’t, many of us crave salt. We crave it because we are deficient despite needing only .007 ounces per day to survive. As a result, we unconsciously buy salty, greasy snacks and load up on even more table salt and stay deficient. Also, sodium chloride seeks a pH balance wherever it is. This can lead to an overly-acidic internal environment The body cannot expel sodium chloride as fast as many of us consume it.

Sodium chloride dehydrates us because the body cannot expel it as fast as most of us eat it. As a result, it tries to break it into two distinct elements, which uses 23x as much water as sodium chloride. Water is taken from the cells, we become dehydrated.

For most of human history, salt has been involved in natural healing practices. Science-based medicine has not agreed, believing it had to completely disregard everything that came before and start over. However, salt has recently been making a comeback.

Salt is becoming an ingredient in natural topical remedies for skin care products, for detoxification purposes and as an inhalant–particularly for lung and throat ailments. Salt spas are beginning to catch on across the country (though they have existed for almost 200 years) where patrons sit in rooms filled with salt ground to the size of dust. Participants report better skin tone, greater lung function, a calming and relaxing effect and cleared airways.

The nature of the modern world is dangerously electromagnetic. WiFi signals, cellular signals, microwaves, radio waves, varying degrees of radiation all float in, through and around us all day long, every single day.

Salt’s electrical properties neutralize many of these electromagnetic waves inside the body. It can also be used to neutralize toxins in water, make water slightly more basic (a good thing, generally) and make it more compatible to the body’s natural state. Simply place a large salt crystal in a bottle, fill it with water and let it sit overnight. Use the water, refill the bottle and repeat.

Salt as a detoxifier

If you drink Solé, it can help remove toxins from the body–particularly heavy metals. The unique structure of salt helps to metabolize metals like mercury, lead, aluminum, tin, etc. It is also helpful in metabolizing animal proteins–notoriously difficult molecules to expel from the body.

Salt is an integral part of life on this planet, and of human life by extension. Start living with salt and you’ll really start living.

Diabetes is Not a Death Sentence

Imagine this scenario… during a routine annual physical, blood work comes back abnormal and your doctor informs you that you

Can Medicine Ever Prevent Disease?

Just in an effort to get people more engaged with their health, I thought I’d gauge their reaction to a 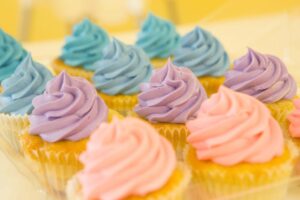 Is Sugar Calling Your Name? Do This…

Can I be transparent with you? Sugar calls my name too! I wish I could tell you that after X