Acetaminophen is the active ingredient in Tylenol as well as hundreds of other over-the-counter and prescription medications. It is taken primarily to relieve pain and fevers, but is also found in medications that are marketed to treat allergies, cough, colds, flu and sleeplessness.

Most people don’t bat an eye when reaching to grab a few painkillers to relieve a headache or a minor ache or pain. Nor do they stop to read the warning label, which clearly states that acetaminophen can cause serious, and possibly fatal, liver disease if not taken as directed. The maximum daily dosage is 4,000 milligrams (4 grams). Acetaminophen has also been known to cause less severe side effects such as nausea, rash and headache. These are not pleasant, and not something you want when you’re just looking for a way to get rid of your headache.

But that’s the least of it. Recently, the U.S. Food and Drug Administration (FDA) announced that acetaminophen has been linked to three serious skin reactions.

Stevens-Johnson Syndrome (SJS) and toxic epidermal necrolysis (TEN) are the two most serious, require hospitalization, and can cause death. Acute generalized exanthematous pustulosis (AGEP) is less severe and usually resolves within two weeks of stopping the medication.

Serious skin reactions can occur at any time and can occur in people who have previously taken the drug and had no reaction. There is currently no way to tell who might be at a higher risk.

With SJS and TEN, problems usually begin with flu-like symptoms that are followed by rash, blistering and extensive damage to the surfaces of the skin. Recovery can take weeks to months and complications such as scarring, changes in the pigmentation of the skin, blindness, and damage to internal organs may occur.

The deputy director of the FDA’s Division of Anesthesia, Analgesia, and Addiction says this new link is a rare occurrence and is not meant to scare anyone. However, consumers should consider this as a stark reminder that anything you put into your body can  cause significant damage—even something as a mundane as a headache pill.

For tension headaches, you can find relief in a cup of ginger tea. These types of headaches are usually caused by inflammation brought on by stress. Ginger reduces inflammation. You can also apply cooling peppermint oil to your hairline for a cooling, relaxing effect.

Capsaicin cream is a great pain reliever. It’s the active ingredient in spicy peppers, the chemical that actually makes them spicy. You can get it in a cream, and applied topically, it’s great for relieving arthritis pain, and even headaches if you rub a small amount on the inside of your nostrils. Capsaicin directly blocks nerve signals, so even if you haven’t fixed the source problem, you won’t feel it. It’s the same concept an over-the-counter painkiller employs, just natural and safe.

Fish oil, taken internally, is known to reduce pain as well, particularly pain associated with inflammation, i.e., arthritis and tension headaches. Turmeric offers the same benefits due to a compound known as curcumin, which has anti-inflammatory properties.

For chronic pain, acupuncture has been known to help many people, as well as healthy eating and exercise habits.

Other Conditions Related to Toxicity

Whether voluntary or involuntary, excessive consumption of synthetic chemicals damages our bodies’ abilities to heal and function. Medications are one of North America’s primary contributors to elevated bodily toxicity.

Without proper understanding of the effects of toxic accumulation, people are far less likely to do what it takes to prevent this disease-enabling state.

It’s understandable that in moments of pain, we become less concerned with the root causes of our ailments and more concerned with just making the pain go away. Use the above-mentioned remedies in those situations, but when the dust settles, start considering your lifestyle.

Much of pain comes from inflammation, and much of that comes from what we eat and the state of our immune system. These issues can be fixed with the right nutrition and the right lifestyle.

Also, stress is a major contributor to pain. Your body can only handle so much sustained stress before the cracks start to show. Try exercising, meditation and participating in enjoyable activities. You’ll be amazed at how much pain dissipates with the stress. 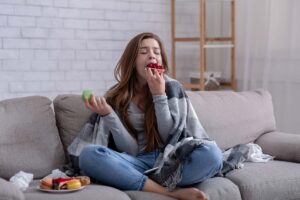 The Link Between Sugar and Poor Mental Health

Mental health is, to this day, so grossly misunderstood. The contributions of people like Freud, Jung, Adler, James and more 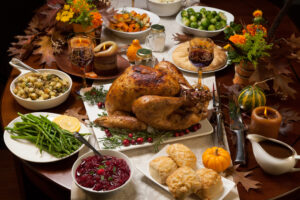 9 Tips to Surviving the Holidays with Your Health Intact

Can you feel it? The holidays are upon us-and I am not just talking about daylight savings time, the weather 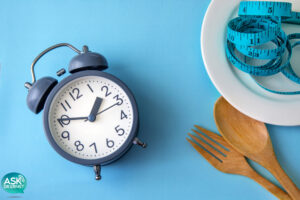 There are dozens of intermittent fasting success stories that come out of my office, month-after-month. But what really warms my