Antibiotics were prescribed in an estimated 60% of ambulatory sore throat visits across the U.S. from 1997
through 2010 — greatly exceeding the 10% of visits that should actually require penicillin — researchers report in JAMA Internal Medicine.

The researchers examined data on some 8200 adult visits for throat pain, representing an estimated 92 million visits nationwide during the study period. The antibiotic prescribing rate remained high throughout
the study. Penicillin, the antibiotic of choice when treatment is required, was prescribed at 9% of visits.

Azithromycin was prescribed increasingly, reaching 15% of visits by 2010. The cost of unnecessary antibiotic prescribing was “conservatively” $500 million, the researchers estimate.

Paul Sax, an infectious diseases specialist with NEJM Journal Watch, said the findings emphasize “the seemingly intractable link that patients and providers have between sore throat and the need for antibiotics, with negative consequences both for the individual patient and to society.”

Neither Antibiotics nor Ibuprofen Shortens Cough During Acute Bronchitis

Between 11 and 13 days after initial presentation, patients reported duration of frequent cough did not differ significantly across the three groups. However, adverse events were more common in the antibiotic
group (12%) than in the ibuprofen (5%) or placebo (3%) groups. The authors conclude that this is the “first study to show that an oral anti-inflammatory treatment or an antibiotic are not more effective than placebo for shortening the duration of cough in patients with otherwise nonc-omplicated acute bronchitis with discolored sputum.”

Researchers and doctors are becoming increasingly concerned with the possibility of a “superbug.” The rate of evolution for bacteria is much, MUCH faster for bacteria than it is for most other organisms. They reproduce at such a fast rate that mutations occur relatively frequently compared to the snail’s pace with which most animals slowly adapt to changing environments.

Consequently, and over the course of the last 100 years or so, strains of bacteria have become increasingly resistant to antibiotics. This requires the regular development of new, more powerful medications–to which bacteria then become resistant!

Ultimately, there will be bacteria completely immune to antibiotics, which hearkens back memories of polio epidemics and deaths in the millions. It’s already showing signs of happening. The most powerful and advanced form of antibiotics available right now is called the Carbapenem class of antibiotics. And there already exists a bacteria that is resistant to it, called Carbapenem-resistant enterobacteriaceae. And it kills half of the people who get it.

(On a side-note. 75 percent of cases are from people coming in contact with this bacteria in a hospital. All the more reason to stay healthy and practice preventative health care.)

However, the best policy is to take steps to ensure that your immune system is top-notch. This includes cutting out sugar, getting exercise, getting enough sleep, avoiding toxins and reducing stress. Nevertheless, colds can strike when we least expect it. If and when it happens, it’s probably not even worth the time, effort and money going to the doctor. You can take care of yourself.

This is the time of year when we stop getting Vitamin D from the sun, the temperature gets colder more people have a tendency to get sick. For the past decade there has been a lot of publicity regarding the use of antibiotics for sinus infections and colds in general as we know most are caused by viruses. Antibiotics do not affect viruses! As you can see from some recent prominent medical journals they are also looking at antibiotics used in regards to sore throat and bronchitis!

I personally love Vitamin D3 supplement in mega doses when someone is not feeling well. Vitamin C powder (with no bad sweeteners) is excellent as well. This comes from personal and patient experience.

When a cold is coming on: 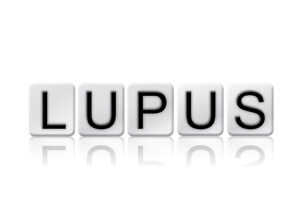 1.5 million Americans suffer from lupus. 90% of them are women, and most of those women are African American, Asian-American 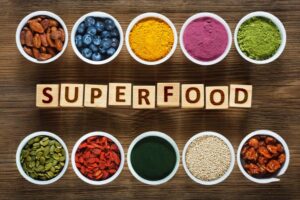 Superfoods for Energy and Vitality

Day after day, the grind never stops. Work, the household, the kids. Life is go, go, go and to do 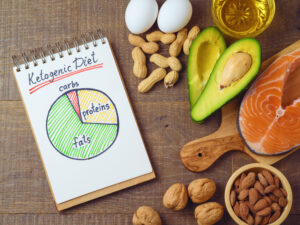 Rewind the clock ten, even twenty, years ago and the idea of a restricting carbohydrates and increasing healthy fats wasn’t