A Brief Look at the Politics of Food

For many, it’s unclear the level to which our political system affects the food we eat–and thus our health as individuals and as a society. As always, knowledge is power in a democracy and if we can help spread this message to voters, we’ve done what we can.

There are a few problems I think most of us agree exist. They are regulatory capture—also known as “the revolving door,” campaign finance and powerful lobby groups. In general, the way these things work are not good for our society. Essentially, all of these things, these political phenomena, amount to is politicians voting in THEIR best interest and bureaucrats caving to industry pressure even when it puts people’s lives at risk. Obviously, this is a concern of mine from a health perspective, but it happens in every industry from the financial industry to manufacturing to energy to pharmaceuticals and everything in between.

Right now, as we speak, the deputy commissioner for the Food and Drug Administration—more commonly just called the FDA—is a guy named Michael Taylor. Prior to taking that position, he was a lobbyist and lawyer for a biotech company called Monsanto.

Write your own laws

The damage Monsanto has caused to the health of the entire human race is worth its own series of articles, but just for a little mention, they are the creators of roundup, the most widely-used pesticide on the planet. Roundup contains glyphosate, which causes cancer. We know it causes cancer. It’s well-documented that it causes cancer, but because the company that makes it has friends in the very regulatory agency that decides if we should use such things, we now spray it all over our food.

Monsanto’s political footprint goes even deeper than that. They patent the genetic codes for a lot of the GMO seeds that grow the food we eat—mostly corn and soy. There are studies confirming that these GM crops also cause cancer. But again, it would be the FDA that approves or bans the use of such things and, well, Monsanto has some pretty good friends in the FDA.

Furthermore, in 2013, a bill was pushed through Congress and signed into law called the Consolidated and Further Continuing Appropriations Act with a Farmer Assurance Provision. Critics call this the “Monsanto Protection Act” for two reasons. One, because Monsanto lobbyists actually wrote the provision THEMSELVES. And two, it specifically states that companies like Monsanto can continue to grow crops even if the crops are under investigation and after they are banned.

To be fair, this bill expired and was not renewed after six months, but you get the idea. We’ve got corporations writing our policy for us and pushing it through, even past the president’s desk.

These agencies actually suppress research as well when it doesn’t fit their narrative. Just October of 2015, a USDA researcher named Jonathan Lundgren filed a whistleblower report, saying that the USDA blocked publication of his research, barred him from talking to the media and discontinued his research programs.

His research was about the negative effects of a class of pesticides called neonicotinoids. Lundgren said the USDA wouldn’t allow his research to go public, so we still don’t know what it said, but we do know it had to do with monarch butterflies. This isn’t surprising because these types of pesticides have been directly linked to declining bee populations all over the world.

These pesticides are a $15 billion a year industry, so it’s not too difficult to understand why somebody wouldn’t want that disrupted.

When you get into billions of dollars, people do some pretty disturbing things. Morality and concern for people’s well-being pretty much goes out the window at that point.

Every five years, the U.S. passes what most people call the Farm Bill. This is a massive bill that directs taxpayer money to hundreds of different things, and in many ways, it is good public policy. Over five years, the budget for this massive piece of legislation is just under $1 trillion. One of the things it does is subsidize the growing of certain crops, and the most heavily subsidized crops are wheat, soybeans and corn. As a result, farmers choose to grow these things over other crops because they know it’s a guaranteed paycheck from the government. In fact, for many farmers, it’s actually profitable to grow corn or soy, let it rot or throw it away, and still make a living.

Now those of you that know me know I would like to see a worldwide food revolution that completely changes almost everything about the way we eat. BUT, if I had to choose just one change that would greatly improve public health, it would be to remove high-fructose corn syrup completely from our diet. It’s just sugar. When you eat canned beans, you get sugar with it. When you eat applesauce, you get sugar with it. When you eat peanut butter, you get sugar. Crackers? Sugar. Salad dressing? Sugar. Beef stew? Sugar. It’s just sugar everywhere. It’s like we’re stuck on a life raft floating in an ocean of sugar. And sugar kills. We know that. If it’s not diabetes, it’s all the diseases that arise from inflammation—inflammation that’s caused by sugar: multiple sclerosis, lupus, rheumatoid arthritis, Crohn’s disease, heart disease, cancer and on and on and on.

More than $100 billion dollars has been doled out to U.S. farmers since 1995 just to grow corn and soybeans. 75 percent of that has been taken by less than 4 percent of U.S. farmers. So again, we have a situation where exorbitant amounts of money are being given to only a handful of very powerful people. In contrast, less than $1 billion has been used to subsidize fruits and vegetables during the same time period. Literally, more than 99 percent of our crop subsidies go to sugar and hydrogenated fat-producing foods.

So, what we see is government-subsidized foods trickling down into other government programs, namely school lunches. I pulled up a menu of a local public elementary school from last week. Let’s see: Monday is pizza day; Tuesday is Chicken Nuggets, on Wednesday we had BBQ sandwiches, Thursday you get a choice between hamburgers or cheeseburgers and Friday was Carolina Chili dogs. Sides include brown sugar baked beans and fruits drenched in sugar syrup. The breakfast options are even more disturbing and include “Breakfast Pizza” and “Breakfast Sausage on a Stick.”

The good news is that the free market is more powerful than nearly anything in society. And we are seeing a swing toward healthy eating from consumers–a bottom-up strategy rather than a top-down strategy. The organic food industry has grown from a roughly $10 billion industry in 2006 to a more than $40 billion industry in 2015. That’s very encouraging.

We’re seeing fast food restaurants like Chik-fil-A and Chipotle offer antibiotic-free meat. We’re seeing McDonald’s push salads and smoothies. It’s not because they care; it’s because it’s what YOU are demanding (don’t eat at McDonald’s btw). We’re seeing Wal-Mart put up organic sections in every store.

It’s all proof of the power of the people and the importance of voting with your dollars. Keep fighting the good fight. Because we can win it.

The Link Between Heavy Metal Toxicity and Heart Health

In this video, Dr. Ernst presents scientific evidence of the link between heavy metal toxicity (like mercury, cadmium and lead) 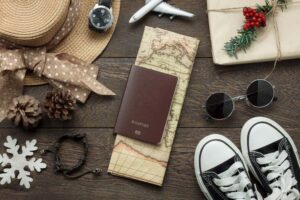 As we are now fully immersed in the month of December and the “holidays” are upon us, many of you may 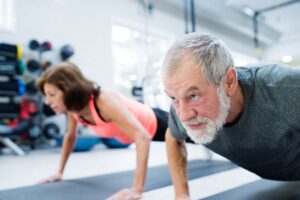 “Exercise, eating healthy and drinking lots and lots of water.” That’s how Ernestine Shepard (the woman in the video above)