You Can Regenerate Your Teeth

First things first (or side-note number 1): brush and floss your teeth. (What you use to brush your teeth is a different story. Rather than your standard fluoride-soaked brand-name toothpaste, try this one as a replacement.)

That’s out of the way, so moving on. Do you remember how teachers, dentists, and parents used to say when you were growing up: “Take care of your teeth. They don’t heal and they’ll only get worse for the rest of your life”?

It’s a lie. You can regenerate tooth and enamel decay. Beyond that, brushing and flossing are the second line of defense against tooth decay and damage. The first is what you’re putting in your mouth in the first place. That being said (side-note number 2), cut out the sugars, the sodas, the candy, and the grains. Not only is this good for your teeth, but it’s also REALLY good for your health in general.

What I’m talking about is the ancient technique of oil pulling. We’ve extolled the virtues of coconut oil so much on this website (and on the radio, and during events, and in the office) that we’re starting to feel like one-note canaries here, but there’s a good reason for it. This stuff is liquid gold.

Thousands of years ago, in ancient Asia–particularly India and SE Asia–the primary go-to handbook for medical care was what’s called Ayurveda. To this day, much of what goes into yoga beyond the physical poses and stretches is derived from Ayurveda.

When it comes to oral hygiene and dental care, these folks swear by oil pulling, and throughout the ages, it’s been a mainstay in Southern Asian dental care. It wasn’t until the Internet-of-things, the expansion of the global village, the medium-is-them-message type stuff that’s been going on for the last 20 years or so that the West caught wind of oil pulling and it’s starting to catch on.

There is some science on it, though it’s exclusively in Asian journals. Here’s a quick reference: study 1 – study 2 – study 3. The findings indicate what the Ayurdvedans asserted all those years ago, just in modern terms. Oil pulling reduces bacteria, particularly the cavity-causing Streptococcus mutans, in the mouth as well as several other dangerous microorganisms that make their home in your mouth. It’s also proven to reduce bad breath–which is also a result of bacteria. This isn’t a surprise, though, as we already know the anti-bacterial properties of coconut oil.

The online “naturosphere” as I am now officially dubbing it, add in several other benefits to oil pulling with coconut oil, including that it heals and strengthens gums, whitens the teeth and actually reverses tooth decay. Plenty of anecdotal evidence supports this as well. Here’s a fun story.

Doing this is very simple. Make it the first thing you do in the morning before you eat or drink anything. Turn it into a part of your morning ritual.

Next, just spend 20 minutes “pulling” the oil through your teeth (hence the name). It’s basically like swishing, but since the oil is a bit thicker and more viscous, it takes some suction and more effort.

A lot of people say it takes about a month of doing this daily before you start to notice the positive results–whiter teeth, less tooth pain, more pleasant breath, etc.

I’ve run across these folks from time-to-time: they can’t stand the taste of coconut. Well, you’re going to get the full brunt of coconut flavor if you participate in oil pulling. In that case, and though somewhat less effective, you can use other types of oil. Specifically, you can use sesame seed oil or olive oil as well. Just definitely don’t bother with vegetable oil, canola, safflower oil, etc. They do much more harm than good.

So enjoy your natural tooth care solution. It’s proof that you can circumvent the medical and dental establishments (for the most part) if you just put in a little effort. Until next time. 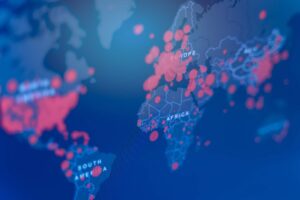 You’ve likely heard the term “global village” in your travels by now. It was coined way back in 1962 by

FDA to Ban This Lethal Ingredient

In a pleasantly surprising bit of news, the U.S. is now the 9th fattest country in the world. That’s down 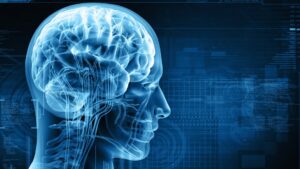 Your Brain Wants To Heal You! Will You Let It?

Your spine is an extremely important part of your body, perhaps more important than other areas you place high importance/value