Feeling Tired, Unmotivated or “Out Of Sorts?” It Could Be DOPAMINE

Dopamine is one of the many neurotransmitters used by your brain for its day to day function. Dopamine is unique in that it is one of the main chemical messengers for making you feel motivated. As dopamine levels decrease, so does your sense of satisfaction with life and desire to be engaged.

Once thought to be only produced and associated directly in the brain, it’s now known that your digestive system produces 90% of the dopamine use in your body. The microbiome cells (healthy gut bacteria) produce this neurotransmitter as part of their metabolism and the hormone travels to the brain via your enteric nervous system (Vagus nerve). This is why your gut health is directly associated with your mental health – i.e. your “Gut-Brain.”

Dopamine is naturally secreted when you are engaged in physical activities, learn something new, complete a task or have a rewarding event (promotion etc.). It’s also produced when you have a moment of anticipation of something new – i.e. a text alert on your phone or email.

While it sounds easy to produce dopamine, many Americans are actually deficient in dopamine (mostly due to poor diet and gut health) which can cause their life to be at an imbalance emotionally. The following symptoms are associated with low levels of dopamine:

Low dopamine, and the symptoms associated, often results in seeking outside stimulants to boost energy – but this often backfires, usually leading to a dependency on anything addicting (which only stimulates dopamine for a short period of time) – nicotine, sugar, caffeine, etc. While these provide a quick boost, they end up disrupting the natural dopamine production process resulting in decreased dopamine production in the long-term.

Eat Foods Rich in Tyrosine
Tyrosine is an amino acid that is produced in your body that is a precursor to dopamine. Production can be slowed when one is deficient in phenylalanine, a precursor to tyrosine. In order to make dopamine, your body needs both tyrosine and phenylalanine which can be found naturally in almonds, cheese, avocados, eggs, beans, fish, and poultry (turkey/chicken).

Regular Exercise
Research shows that exercise is one of the best activities of overall brain health. Not only can it produce dopamine, but it also encourages the production and growth of new brain cells, slows down aging and produces neurotransmitters. If you ever need a “dopamine boost” to have an improved mood or overall better outlook on life, get moving!

Meditative Mind
New research has discovered a direct link between increased dopamine production and meditation. One study followed 8 experienced meditation teachers and found they had a 64% increase in dopamine after meditating for one hour when compared to simply resting for one hour. If you are new to meditation, visit your App store and search for “Insight Timer” – it has thousands of guided meditations for beginners to advanced meditators. Meditation has also been shown to reduce anxiety, depression, stress, blood pressure, heart rate and improve overall body function.

Sleep deprivation is a known destroyer of your feel-good brain hormones, including dopamine. Sleep is the time your brain opens its lymphatic channels and washes away toxins that accumulate during the day which helps to revitalize nerve cell connections by “washing” the brain. Lack of sleep has also been shown to reduce the quantity and effectiveness of neurotransmitter receptors. One of the most powerful sleep tools is removing all electronics from the bedroom and avoiding light emitted from electronics once the sun sets. The ultra-blue light found in televisions, tablets, phones & computers stimulates the receptors in your eye signaling a waking response vs sleeping response. By avoiding artificial light, you promote your body’s natural “winding down” for sleep. Click here for more tips to encourage natural sleep.

I hope it comes as no shock that calming music can increase feelings of pleasure, reduce stress and improve mood. Classical music (specifically Mozart, Bach & Beethoven) has been scientifically shown to reduce overall anxiety and increase neurotransmitters, dopamine included…

Ashwagandha, Rhodiola, Panax Ginseng, Choline Probiotics along with Caprylic and Capric Acids (MCT oils) have all been shown to stimulate dopamine production naturally. 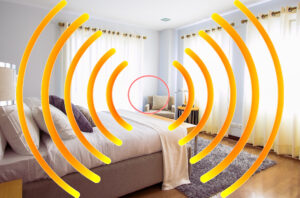 The EMF Danger Coursing Through Your Bedroom

You spend a lot of time in your bedroom. You’re just there, sleeping, hour after hour, night after night. It 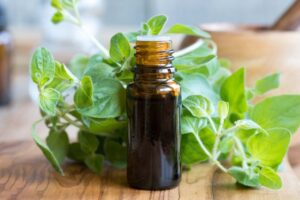 12 Recipes for Your Health: The Amazing, Multi-Purpose Oregano Oil

You may have never heard of the many benefits of oregano oil, or you may be a veteran user. Either 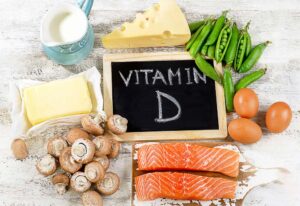 You Really Need Your Vitamin D