Food Sensitivities in a Nutshell

You’ve no doubt heard about food allergies. Any parent with a school-aged child knows that at least one kid in their class will almost literally die if a peanut makes it into the classroom. Some people are deathly allergic to dairy, shellfish or eggs. Major food allergies are a growing and serious concern–but this article will address something seemingly similar, but actually a very different entity–food sensitivity.

What is a food sensitivity?

So you can see, immune response is often a result of food intolerance, it’s not the cause. It’s a subtle but important difference.

Diagnosing food insensitivity can be difficult. Imagine this common scenario:

You go to dinner at a friend’s house. They serve an appetizer of wheat-based crackers with spinach-artichoke dip. The main course is 4-cheese ravioli with a pesto sauce. Dessert is chocolate lava cake.

You go home that night with a runny nose and gas to the point that your significant other politely asks you to consider sleeping on the couch that night.

What caused it? Maybe it’s wheat from the crackers. Maybe it is the dairy in the artichoke dip or ravioli. Maybe it is the pine nuts in the pesto sauce. Maybe it is one of the 10 or so ingredients in the chocolate lava cake. For you to find out would require removing various foods one-by-one (paying attention NOT to remove other foods), letting at least a few weeks pass and gauging your physical response, then adding the food back into your diet to see if the symptoms pop up again. You would have to repeat this protocol, using process of elimination, until you noticed you didn’t have the familiar symptoms after removing a certain food, then noticing the symptoms return upon re-introducing the food into your diet. This could take months.. or longer.

There is a much faster and more efficient way to find out your food sensitivities. A simple blood test exists that will spell it out for you in black and white. A food sensitivity blood tests looks for IgG antibodies (remember, the secondary immune response mentioned above?). It will analyze your blood’s response to various foods and then be able to give you a conclusive report regarding what foods you may be sensitive to.

Check out this test as an example. It costs $199 and tests your blood against 96 common foods found in the standard American diet. It takes less than a week to get your results and test for everything from apples to asparagus to coffee to kale.

The test will even tell you the degree to which you are sensitive to any given food. It’s a much better way to test for your food sensitivity than the manual method mentioned above. I highly recommend you look into these sorts of tests–and feel free to ask me more about it if you’re interested. 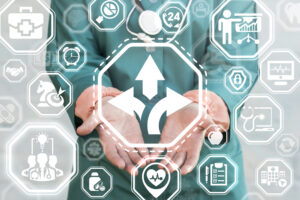 Why Do We Get Sick? & What To Do About It 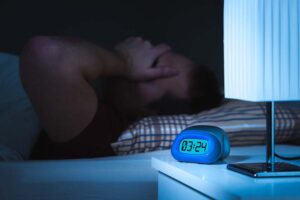 The Relationship Between Sleep and Your Microbiome 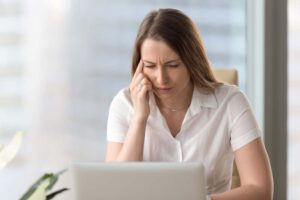 Clear Your Brain Fog and Let That Light In

You may remember a recent post debunking the idea that certain health problems “just come with age.”  And while it