Hormones and Your Mental Health

About 44 million adults experience some sort of mental illness every year. This means they might have a bout of depression for a couple of weeks, or some sort of stress reaction like a panic attack, or a bipolar episode where they swing back and forth between happy and devastated. They sort of naturally get over it with time (and I have a theory as to why… later).

That’s a lot of people and a lot of suffering. What’s more is that mental illness reverberates through society. Without mental illness, there would be less crime, fewer people in prisons, lower homelessness and probably less divorce and domestic violence and things of that nature. So, being the sort of society we are, we deal with it with…. Can anyone guess? That’s right! Drugs.

10 percent of Americans – more than 30 million of us – take an anti-depressant. And for women between 40 and 50, it’s 25 percent. 11 percent of women in the U.S. take an anti-anxiety medication and 6 percent of men.

The real shocker is how this seems to have come out of nowhere. 100 years ago, mental illness—even depression and anxiety—were extremely rare. Yes it’s true that fewer people self-reported any sort of ailment, but nevertheless, we have to acknowledge that instances of mental illness has skyrocketed in the last 20-30 years. And this includes kids. In the U.S., there are more than 8 million children with a prescription.

I think some of this is cultural. Drug companies like selling drugs. They like making money. You get psychiatrists on board, they become very free with the prescription pad, and it seems like if you don’t fit into a very narrow emotional box, you’re “mentally ill.” Too happy, too sad, too much energy, not enough energy, nervous, not nervous enough. Here’s a pill.

There are more than 50 hormones at work in your body. They all signal different things at different times. For example, a rise in testosterone in a teenage boy signals physical growth, hair growth on the face and elsewhere, a deepening of the voice, etc. A release of the TSH hormone signals body temperature regulation, muscle growth, menstrual cycle and several other things. You get the picture.

The hormones most important to mental functioning are testosterone, estrogen, progesterone, adrenaline, cortisol and the thyroid hormones (T3, T4, TSH). The balance of the two primary sex hormones – testosterone and estrogen – is probably at the root of a lot of their issues. Not enough testosterone can lead to depressions, fatigue, low sex drive, brain fog and weight gain. Too much estrogen leads to depression and mood swings (often mistaken for bipolar disorder). But you see on both sides of that thin line of hormonal balance is a cliff of depression.

Estrogen dominance is a growing problem in our society. The main reason is that we consume what are called xenoestrogens. These are foods that contain compounds that look enough like estrogen that our body ultimately treats it as estrogen. The biggest culprit is soy and its many byproducts – tofu, edamame, soy milk, and a sizable portion of processed foods. So, avoid processed foods and soy and you’ll greatly reduce the risk of estrogen dominance.

Testosterone in men seems to generally peak in the mid-late 30s, but consistently drops from there, but it doesn’t have to. There are so many things a man can do to raise testosterone. (But you need to understand that women need testosterone too [not as much] or they experience the same issues.

Honestly, this testosterone/estrogen disparity for men is likely at the root of most of the more common male mental health issues like depression and anxiety. But rather than just tell them to get more exercise and eat a better diet, we throw Zoloft and Viagra and Paxil at them, charge their insurance and call it good.

For women, progesterone plays a powerful role. This hormone signals a sense of calm in the brain. Without it, you could be always on edge, irritable, constantly seeing everything as a crisis, etc.

When the thyroid becomes overactive – hyperthyroidism — symptoms can include anxiety, insomnia, moodiness, panic attacks, and depression. Some women have even been mistakenly misdiagnosed as having panic disorder or anorexia, before properly diagnosed with an overactive thyroid. An underactive thyroid — hypothyroidism — can cause depression, moodiness, fatigue, and in some cases, anxiety as well.

Thyroid issues are very often a result of inflammation and chemical stressors. Cleaning up your diet (high fat, mid-protein, low carb) usually has a very positive effect. It’s also helpful to fix you gut. Inflammation is mostly caused by a leaky gut when your body learns to start attacking all sorts of tissues, including the thyroid.

Stress and its physical manifestations

Adrenal issues — imbalances in the body’s stress hormones adrenaline and cortisol, and the precursor hormone DHEA — can cause a variety of symptoms that seem to be mental health-related, including depression, anxiety, and insomnia. A chronic excess of stress hormones can make you feel jittery, anxious, unable to sleep, and irritable. A chronic deficiency of stress hormones can make you feel sluggish, tired (even after sleep), moody, depressed, and have difficulty concentrating. Daily fluctuations and imbalances can cause a mix of these symptoms.

Adrenal fatigue is a common problem in the modern world. The issue is mostly stress—which is also the issue with cortisol.

Managing stress (through meditation, hobbies, outdoors, exercise, etc.) will go a long way in managing both adrenaline and cortisol and lowering your risk of the psychological effects that go along with those hormones.

The cycle of menstruation, aka, PMS is real

There are some issues that women in particular have to deal with. And that’s because the balance in their hormones shifts much more dramatically and much more rapidly than a man. And I’m talking about her menstrual cycle.

There was a great article in Psychology Today I read recently from a psychiatrist who is chastising his colleagues for consistently diagnosing women with bipolar disorder (big mood swings) even though the mood swings themselves, if you paid attention, are very clearly related to their cycle.

First of all, it’s something to pay attention to. Second of all, the healthier you are in general, the less extreme the effects of your cycle.

Now, on to the gut. This is a connection that has only recently been made. Because while we have 50+ hormones acting as signals in our body, we have trillions of bacteria in our gut. And the interesting thing is, they have signaling functions as well. They signal immune responses, they signal digestion responses. AND they signal the production and release of certain neurotransmitters.

Serotonin, the neurotransmitter responsible for everything from mood and social behavior, appetite and digestion, sleep, memory and libido, is made in the gut. And the signal for its use is the bacteria in the gut—collectively known as the microbiome.

A smaller, but still significant, percentage of your dopamine (the neurotransmitter associated with feelings of happiness and contentment) is also created in the gut.

The problem with our gut can mostly be traced back to antibiotics. Where bacteria play such an important role in our gut (whether it’s digestions, immunity or mental health), and antibiotics kill bacteria, we are sort of killing these necessary functions when we take antibiotics.

80 percent of American adults take a round of antibiotics every single year. By the age of 20, the average American has had 17 rounds of antibiotics. The problem is, it takes more than three years for the microbiome to re-populate once it’s been decimated by a round of antibiotics. So, look out for your antibiotic use. Don’t do it unless you absolutely have to. And if you do it, make sure you repopulate by taking a probiotic supplement and eating (or drinking) fermented foods on a regular basis—even if you don’t take antibiotics. That includes kombucha, sauerkraut, kevita, etc. 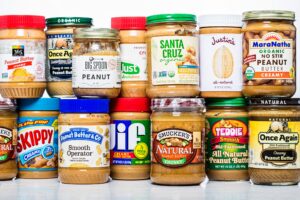 All it takes to see if a nut/bean/seed butter is toxic is one simple thing – read the ingredients! These 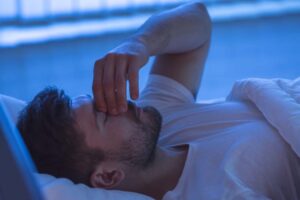 The Connection Between Sleeping and Toxicity

There is a “Catch-22” when it comes to sleep and toxicity. Recent research published by the National Institute of Health 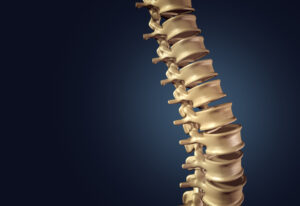 The Raw Power Behind Your Central Nerve System – Part 3

A continuation of the power behind your central nerve system. In this, and the newsletters that follow, we will take