The Information Problem in Health and Healthcare Part 1: Bias in scientific research and reporting

We live in an emerging era of nearly limitless information. On the one hand, it’s easier than ever to learn how to, say, change the oil in your old Volkswagen Beetle, or cook a Hollandaise sauce, or train yourself on the new software at work. On the other hand, there is a dramatically increased risk of bad information, being roped into some organization’s agenda, or finding yourself in an echo chamber where you are only exposed to viewpoints with which you already agree.

There are issues arising from the information age that we wouldn’t have been able to anticipate even 10 or 15 years ago. Add to that the increasingly wide ideological divides forming between Americans–be they over politics, society or, most relevant for us, what is and what isn’t “healthy.”

In terms of the health information available online, various problems are combining to mislead the general public: 1) bias in scientific research and reporting, 2) the “journalist-is-not-an-expert” problem and the for-profit journalism model, 3) reader laziness and bias, and 4) curated content algorithms. Each is a problem in and of itself, and each will require its own post. Just keep in mind that most of the time, some or all of them combine into, for lack of a better term, a complete mess.

Note: This is not a rant about “fake news.” That term has become a political weapon and this article is designed to point out real flaws in our methods of presenting and consuming information and how we can do our best to glean the most accurate and useful information in a sea of options.

Let’s examine each problem in a little more detail.

Bias in scientific research and reporting

This is a problem the scientific community and those who are stakeholders in it are acutely aware of, and it’s gained quite a bit of attention over the past few years. For a more in-depth discussion of the problem, this article linked here is a great start.

Essentially, the problem can, broadly speaking, be broken down into three sub-problems:

A lot of scientific research is funded by universities and governments. This tends to be more honest than if it is funded by corporations–but not completely. Universities still get grant money from private interests, and governments often have their own agendas. But to paint a picture of the extremes, take the case of the sugar vs. fat debate that has been raging for decades. In the 1960s, the “sugar industry” (soda companies, processed food manufacturers, etc.) funded various studies designed to conclude that fat is what causes things like obesity, heart disease, cancer and various other scary diseases. This was a deliberate effort to shift the focus off of their product and clear the path for more sales.

If a researcher can’t get published, their career will come to an end–or at the very least, there won’t be any advancement. Furthermore, there is enormous pressure on researchers to get positive results, that is to say, for their hypotheses to turn out to be correct. However, the majority of scientific studies get negative results. Their experiments fail. While it is ultimately as useful to find out what is NOT true as it is to find out what IS true, it doesn’t help researchers get published, so they try to avoid risky experiments and studies and in some cases, fabricate their findings so they will get published.

It is ultimately up to an editorial board and a peer review process to determine what gets published in an academic journal. Just like your favorite celebrity gossip magazine or, say, the Reader’s Digest, they want snappy headlines and mind-blowing findings so that they will generate more interest and money for their journal. So what makes it into a journal is often influenced by how “sexy” the science is.

For example, how likely would this headline cause you to read further? – Genetic Expression of Aryl Hydrocarbon Hydroxylase Activity.

How about this one: Argentinian frog might hold the key to cancer cure.

If it came down to a choice, any for-profit publication is going to go with the cancer cure, no question.

These three problems are not distinct either. They often combine to where organizations fund a study, the researchers are motivated (by money and career advancement) to come to a certain conclusion in their research, and then academic journals publish their research because it’s more interesting than the hundreds (if not thousands) of less exciting submissions they might have received. Also, sometimes the academic journals are paid off as well.

So what can you do?

If you are not a scientist (because most of us aren’t), then wait and just be critical of scientific media by default.

In terms of health and biology, if you dig further than what is reported by the mainstream media, you’ll find that most studies being reported are conducted on mice or rats–maybe monkeys. While insight can be gathered from animal studies, it doesn’t matter to you… yet.

In terms of health, scientific research doesn’t really start to matter until the clinical trial phase. When we start testing these ideas on humans, which is a MAJOR process with a lot of check & balances, the results start to really matter.

In later installments of this topic, we’ll go into how the media bungles scientific reporting

Check out the next installment of this article series for a discussion on problems in journalism that contribute to our health misinformation epidemic. 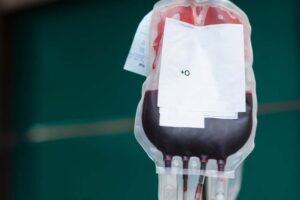 8 Things Your Blood Type Can Tell You About Your Health

“An ounce of blood is worth more than a pound of friendship” – Spanish Proverb You can change your lifestyle, and 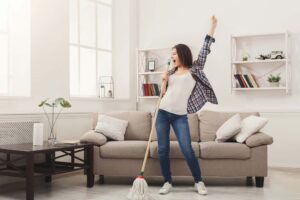 You guys are familiar with the concept of maintenance, right? For example, every 3,000-5,000 miles, you’ve got to change the 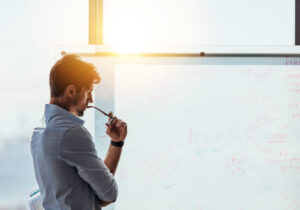 What Do You Do With Your Deep Thoughts? By Dr. Chris Demczar

The human potential for our thoughts is fascinating! Not only are our thoughts the most sophisticated of any species on