Did you hear the news last week? Duke Energy confirmed speculation about the contamination of radioactive materials (radium) and toxic heavy metal (thallium) within one of Charlotte’s drinking water supplies – Lake Norman.

The EPA demanded Duke Energy drill test wells to determine and test for ground water contamination near their various coal and nuclear plants. Levels of Radium (highly radioactive element related to Radon) were 2.5 times higher than the federal safe level for drinking water and Thallium (an extremely toxic heavy metal) was found to be 18 times higher.

Duke Energy’s official statement is that the areas affected are localized to the Marshall Power plant along the north side of Lake Norman, and that to notify the general public that drinking water is unsafe is “irresponsible.”

To me, it’s “irresponsible” not to inform you that the majority of Charlotte water is pulled from Lake Norman and Mountain Island Lake, (which is downstream from Lake Norman). The Marshall Steam Plant is located in the Northern tip of Lake Norman, just off Highway 150 in Sherrills Ford, NC, and has a large “Coal Ash Reservoir,” which appears to be the source of the contamination.

What is Coal Ash?

Coal ash is the waste left over when coal is burned for energy. It includes fly ash (emitted from the smoke stack) and the coarse ash that settles at the bottom of the furnace. Coal ash contains the following heavy metals: arsenic, lead, mercury, cadmium, aluminum, as well as organic minerals, chromium, selenium, boron, cobalt, manganese, molybdenum, nickel, vanadium and zinc.

The EPA has advised that living near a coal ash disposal site can increase one’s risk for cancer and other organic diseases. When eaten, drunk or inhaled, these toxicants can cause

This isn’t the first offense for Duke Energy. The company currently holds 52 reported violations for everything from environmental exposure, market manipulation, workplace safety, nuclear safety and railroad safety violations totaling $1.6 Billion in fines since 2000. Most recently, and what sparked the EPA to investigate Charlotte water, was the repeated failure to repair the leaks in the Marshall Coal Ash reservoir, which resulted in a $85,000 fine.

The most recent report filed against Duke Energy involved elevated Radium and Thallium, however, given the degree of various other leaks, including nuclear, it stands to reason that other metals and toxins are potentially in our water supply.

Radium is naturally found in uranium ore and is not a necessary element for living organisms. It has severe adverse health effects when one is exposed. Currently, other than its use in nuclear medicine and being a byproduct of nuclear energy production, radium is not used in any commercial applications because of its toxicity.

When ingested, radium is mostly excreted by the stool (80%) while some enters the blood where it will eventually end up in the bones (20%). Exposure to radium can cause cancer and other disorders, because radium and radon emit alpha and gamma rays which destroy and mutate cells. Radium is also considered to be the most toxic radioelements because of its interaction with air and water. When it contacts water, it forms hydrogen gas and radium hydroxide. When it contacts air, it reacts with nitrogen to form a black coating known as radium nitride.

Multiple organs, tissues and the nervous system can be involved with thallium toxicity as thallium displaces potassium from binding sites and influences various enzyme activities; and it also affects RNA and protein synthesis. The human body rapidly removes thallium from blood by distributing it within local tissues. It can be deposited in the kidneys, pancreas, spleen, liver, lungs, muscles, neurons and the brain. It is for this reason that blood testing is not a reliable indicator of exposure or retention in the body. Urine testing is also ineffective unless a chelation agent, DMSA, EDTA etc, is used to remove the thallium from the tissues – reintroducing it back into the bloodstream and urine.

Protecting Yourself & Your Family

As with any source of toxicity, the first step is understanding as much as you can about the toxin. While the information found above is sufficient to spark a conversation and possibly raise your concern, it’s also highly recommended that you seek examination of your water and also your body to determine if you are currently being exposed and to what degree your body is burdened.

Testing your water for Thallium: The majority of state and country water testing does not include the depth or degree necessary to determine if thallium is present, as it’s not considered a “tested heavy metal” like Lead or Mercury. Thankfully you can do this yourself with the use of a “Thallium Home Test Kit” – http://www.heavymetalstest.com/_tlkit.php

According to the EPA, the “maximum contaminate level” is 0.5 ppb.

Testing your water for Radium: Radiological testing of water is possible, but as you might imagine, more complicated. There is an “at home” test by National Testing Laboratories that involves collecting a sample of water and mailing the bottle to the lab for review. The cost is $126 but also includes a broad spectrum scan for radioactive contaminants (which includes radium).

Testing your body for Thallium: As mentioned above, the majority of thallium is found deep within cellular tissues. The amounts in your body can be tested easily. It requires a simple “DMS-provoked urine toxic metal body burden test” offered by Doctors Data. It requires a physician to order the test and must be done under medical supervision as DMSA is a “regulated substance.” Thankfully, my licensure allows me to order this for anyone interested – the cost is $199.00 and results are returned within 3-5 days.

Testing your body for Radium: As you might imagine, testing for exposure to radioactive materials requires specialized tests, which many cannot even be performed by a licensed physician. There is a urine and breath test available, but the cost ($1100) if prohibitive for most. The recommendation is to go based on history of exposure and symptoms.

Detoxing Thallium and Radium: As with any exposure, the first step is to remove the source to prevent continuous contamination. In this case, it would require cleaning the water you are exposed to via a whole house filter capable of extracting Thallium and Radium. To date, the only known system that can do that is a RO (Reverse Osmosis) filter with a combined Zeolite whole house pre-filter. The zeolites have an ability to bind heavy metals and, to a small degree, radioactive materials. A whole house filter is required because even taking a shower in contaminated water can create exposure.

CytoDetox is an oral Zeolite that can be consumed in supplemental form to pull thallium, radium and other toxic substances from the body.

Thankfully, the majority of you are using this as part of your detoxification program here in our office. If you are not, please any of our doctors or staff ask for more info as this is HIGHLY recommended given the contamination. Safe drinking out there.

Having Trouble With Ketones? Check Your Protein Intake

There’s nothing quite like a juicy grass-fed hamburger (no bun, collard wrapped obviously) topped with raw cheese, turkey bacon, avocado, 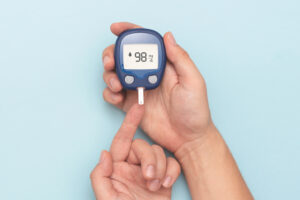 From 1958 to 2013 the incidence of diabetes has increased by eight times, according to the Centers for Disease Control 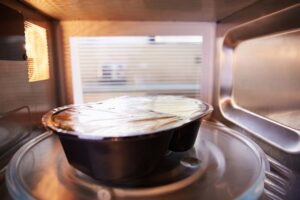 If you could make ONE CHANGE in your life that would LOWER your risk of heart disease, help you lose