The Link Between Sugar and Poor Mental Health

Mental health is, to this day, so grossly misunderstood. The contributions of people like Freud, Jung, Adler, James and more awakened the human race to the psychological realm, and since then, psychology has garnered much academic attention and study–and admirable breakthroughs are many. But it’s still a borderline soft science and we still struggle to truly understand–or even define–mental illness.

Now, it’s a hot political topic. We debate the role of treatment in drug addiction, criminal behavior and in our greater healthcare system. With mass shootings so often making the headlines, endless reports on the prevalence of depression, anxiety,  suicide, ADHD, PTSD and various other acronyms, it can easily seem as if humanity in general is slowly marching toward total, collective insanity.

And as with so many things, we throw pills at the problem.

I was floored by a study that came out just last month in the Journal of Child Psychology and Psychiatry. It linked sugar and saturated consumption by pregnant mothers to ADHD in their children by way of changing the gene expression of the insulin-like growth factor 2 (IGF2) gene. Essentially, the sugar and bad fats in the mother’s diet cause a gene that is partially responsible for brain development to de-activate and mess with these kids’ heads.

This got me going, so I started doing a little more digging.

The link between sugar and mental health is nothing new to psychology. In 1983, the Los Angeles Probation Department ran a little experiment on their juvenile offenders. They took about 1,600 juveniles across six different facilities and reduced the sugar in the food they were feeding to half of them. What they saw was a 25 – 44 percent decrease in incidences of antisocial behavior over a three-month period after reducing sugar.

So does it follow that increasing sugar would thus increase incidences of “antisocial” behavior?

Links to poor diet and depression are beginning to become more well known, and many psychiatrists are starting to prescribe things like Vitamin D, Omega-3 oils and folate as a supplement–or in place of–traditional antidepressants.

But this sugar and ADHD one is a bit of a mind-scrambler. Sure, you’ve heard how feeding your kids sugar makes them hyper, but then a study comes out saying that isn’t the case and everyone starts using that as a justification to continue their bad habits. It totally does by the way. Do your own little experiment. You don’t always need an academic journal to find the truth to many questions. Just feed your kid a huge dose of ice cream at noon, watch them wig out at 1pm and pass out cold by 3. The next day, give them broccoli and carrot sticks for a snack and see the more even, easy temperament on display.

But that’s not even really the point. That’s just hyperactivity, not actual ADHD–and we’re not talking about fetuses in the womb. I looked into some maps. But the first leap we have to make is: Does sugar make you fat? Yes, it does. So what are the fattest states in the U.S.? Here they are:

What states have the highest rate of ADHD. Here they are:

Would you look at that. Notice the heavy overlap in the South.

But what explains the almost parallel rise in both depression and ADHD in the U.S.? Let’s go back to the late-1980s – early 90s. Think about when you first started hearing a lot about ADD and ADHD–it was around the mid-90s when everyone’s kids started getting diagnosed. Go back seven or eight years and what happened?

It’s what some call the “Great Fattening.” In the late 80s – early 90s, food companies switched a few of their practices. They went to a much more assembly line-style, processed food mode of production, also while beginning to use more vegetable oils than animal oils. A “low fat” movement sparked a higher use of processed sugars. Cue rising obesity, inflammation-related diseases, diabetes, cancer and now, mental health issues.

So, full circle time. Cut out the sugars. Move away from vegetable oils and start using more coconut oil, olive oil, avocado oil, butter, etc. Get more healthy fats, don’t scrimp on the protein and get your micronutrients through things like dark green, leafy vegetables, fatty fish, nuts, and sunlight.

As always, the cause is also the cure.

Would You Want To Know Before or After A Diagnosis?

It’s one of the most terrifying diagnoses. It can mean a major life change, for the person diagnosed and their 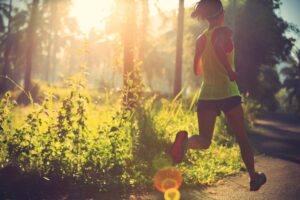 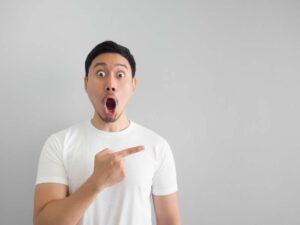 Don’t freak out, but there is a 50/50 chance that, as you read this right now, a foreign pathogenic parasite