Look Out for Over-the-Counter Side Effects

Every drug has side effects. Everything you put into your body affects it somehow or another. In general–with the exception of poisonous plants and venom and dangerous pathogens–the more naturally-occurring something is, the less harm it will do to your body.

Sometimes the side effects are really disturbing on a deeper level than, say, “may cause diarrhea,” which certainly isn’t preferred but definitely better than “causes you to detach and be unable to relate to your fellow human beings on an emotional level.”

This whole post is inspired by an article I ran across that is about a study where researchers found that something generally considered completely harmless, something some people take like candy, actually reduces or eliminates our ability to feel empathy for others. That thing is Tylenol.

The study took place at Ohio State University and was published in the academic journal, Social Cognitive and Affective Neuroscience. Researchers wrote: “These findings suggest other people’s pain doesn’t seem as big of a deal to you when you’ve taken acetaminophen… Acetaminophen can reduce empathy as well as serve as a painkiller.”

It’s sort of logical when you think about it. Empathy is the ability to feel pain, in a sense. The difference is that you’re feeling someone else’s pain. If you take a drug to numb your own pain, it’s not a huge leap that you would numb your perception of pain overall, even if it is outside of yourself.

Anticholinergic over the counter drugs have been coming under fire lately as well. The word probably doesn’t mean anything to you, but you’ve no doubt heard of Benedryl, Uniosm and Paxil. This class of drugs is used to treat everything from allergies to trouble sleeping to high blood pressure.

Recent research found that they actually reduce brain function, shrink your brain and greatly increase your risk of developing dementia in later years. One researcher at the University of Indiana who participated in the study said, “These findings provide us with a much better understanding of how this class of drugs may act upon the brain in ways that might raise the risk of cognitive impairment and dementia.”

These drugs also cause generalized confusion, light-headedness, blurred vision, constipation and dry mouth. Plus, again, they shrink your brain.

And you can walk right into the store and buy this stuff.

Some cough and cold over the counter meds are so powerful that some people abuse them like a recreational drug. The chemical dextromethorphan, which can be found in the Delsym line of cough syrups, can bring about euphoric feelings and halucinations if taken in great enough quantities.

Certain types of cold and allergy medications that contained pseudoephedrine have had to be pulled from the shelves because people were using them to cook methamphetamines.

The truth is, these drugs have the potential to change WHO YOU ARE as a person. Physical side effects like cramps, headaches and nausea are something you notice immediately, and you are likely to put the pieces of the puzzle together and come to the decision that you shouldn’t take a particular type of over the counter drug. But when it affects your memory, your cognitive function and your ability to process and recognize emotions, you are less likely to notice and might ultimately continue taking these drugs until it’s too late.

The best policy is to avoid medications of any kind if at all possible. Obviously we acknowledge that in some cases, pharmaceuticals save lives and improve quality of life, but we have to admit that they are being dramatically over-used to the point that they are the third-biggest killer in America. Even prescription drug overdoses kill more people than illicit drug overdoses.

The solution to to seek out natural remedies and, MORE IMPORTANTLY, live a healthy lifestyle that includes proper nutrition, exercise and supplementation as necessary. If you’re healthy, have a healthy immune system, you’re less likely to be susceptible to cold, flu, headache, infections, etc. and thus less likely to even think you need these dangerous drugs.

Obviously, everyone gets sick sometimes. For those moments, you can adopt the attitude that it, like anything else, will pass with time. Or you can seek out the many, many natural options to self-treatment that can do just as well, if not better, than over the counter drugs at relieving symptoms and speeding you down the road to recovery. 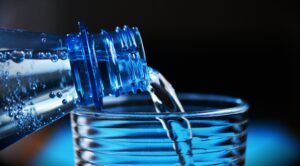 Water Fasting: Why It’s Amazing and You Should Do It

Don’t just read the headline, pick a number of days and go for it. It does take a bit of 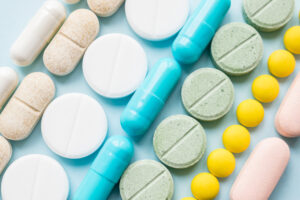 The Biggest Problem with Pain Pills

If you have been following the news lately, you are no doubt aware of the “opioid epidemic.” It’s gotten to

Have you ever been dizzy or lightheaded? Not what happens when you get up too fast, but an “out of