Lyme Disease: Protect Yourself and How to Come Back

That time of year is approaching when Lyme Disease rates go on the rise. The weather is warmer, ticks are in greater numbers and people are more eager to get out into nature. But this isn’t the only reason I’ve decided to address this topic. I ran across a study of the prevalence of Lyme disease in dogs from the University of Georgia. If you want to look into it, the study lead was a UG professor named Stella C. Watson.

The idea was to identify where in the United States Lyme disease is a risk. The study’s premise is that if there’s an increase of Lyme in dogs, the humans in those regions are more at risk. There’s a common misconception that Lyme really only happens in the Northeast U.S. – maybe from Maryland to Maine. Not true. According to these maps, there’s a lot of it in the Appalachian mountains, particularly in Virginia. And there is definitely some risk of it here in North Carolina – both in the mountains and near the coast.  Evidence suggests as well that climate change will increase the range in which Lyme-infested ticks can thrive by more than 200% by the year 2080—so this is becoming more and more of a threat.

They say you know you have Lyme when a bulls-eye-shaped swelling and redness emerges around the tick bite. While true, the bulls-eye doesn’t show up for as many as half the people who contract the disease from a tick bite. And the truth is, pretty much all of us have Lyme disease in us to varying degrees. I’d wager that if I took ten listeners at random and tested you all for Lyme, nine of you would have it in your system.

It starts affecting you when your immune system becomes compromised—maybe after a vaccination or if you’ve been eating poorly and not exercising for a long time, or if you have an immunosuppressant condition like HIV.

Initial symptoms of Lyme include:

When Lyme advances into a chronic condition, that might include:

Lyme is one of the most commonly-misdiagnosed diseases on the planet. It might be considered a bad cold, a flu, chronic fatigue syndrome (CFS), but most often, it is misdiagnosed as Multiple Sclerosis.

Interestingly, that’s not the end of the connection between Lyme and MS. There is a lot of evidence to suggest that these two diseases are closely related, and some people even theorize that they are the same thing. First of all, MS prevalence parallels the distribution of the Lyme disease pathogen Borrelia (B.) burgdorferi, and in America and Europe, the birth excesses of those individuals who later in life develop MS exactly mirror the seasonal distributions of Borrelia transmitting Ixodes ticks.

This evidence combined with the shockingly accurate parallel between geographical distribution of MS and Lyme has many people believing that Lyme might actually be at the root of a good portion of neurodegenerative diseases.

What exactly is Lyme Disease anyway?

As an organism, it’s truly fascinating. Lyme is a bacteria… sort of. It’s what’s called spirochete. This means it is shaped like a spiral—or in my opinion—more accurately it looks like a drill bit. One of the reasons it is so difficult to kill is that it has a triple-layered cell wall, where most bacteria (called gram-positive bacteria) have only a dual-layered cell wall.

Also, it changes basted on its environment. When it’s living inside the tick, it is often actually inside a tiny parasitic worm called a nematode. Once in the human body, it can take different forms. It can be a non-pathogenic bacteria floating around the body, blending in with the trillions of other healthy bacteria in the body, and do no noticeable harm. For most of us, that’s exactly what happens.

In the presence of a threat—namely antibiotics—Lyme can go cystic, meaning it barricades itself inside cysts throughout the body where it can survive an attack.

In chronic Lyme sufferers, the bacteria has gone pathogenic and really settled into its environment in a type of bacterial community called a biofilm. It is what it sounds like. It’s a film that covers the tissue inside of your body. It wreaks havoc, inhibiting cellular processes and organs from doing their job, and basically infects everything it touches.

Know first of all that there is an ever-present danger of infection from ticks when you are outdoors, particularly during the Spring and Summer months.

Wear long pants and long-sleeved shirts when hiking or camping. I know it gets hot here, trust me, but at any outdoor retailer, you can find microfiber pants and shirts that offer good coverage, are very light and breatheable well.

The good news is that it can take between 36 – 48 hours for a tick to pass Lyme into your bloodstream once it bites you. So, if you check very thoroughly for ticks once a day, you should be able to catch anything before it becomes a serious problem.

Listen, do not simply go to your general practitioner and tell him your symptoms, have him tell you that everything is normal and send you on your way. Demand this test. Like I said, Lyme Disease is so often mis-diagnosed. How Lyme is treated depends very much on what state its in. If it is its bacterial, free-floating state, you CAN knock it out with antibiotics, though it takes special kinds.

When it cystic—or even worse—a biofilm, things become much more challenging.

You might consider PEMF, or pulsed electromagnetic field therapy. You lay on a special mat, much like a yoga mat, and pulses of electromagnetic energy surround you. This allows treatments—be they nutritional remedies, supplements or antibiotics—easier passage through the blood-brain barrier.

A Rife machine has been useful in getting rid of Lyme. If you haven’t heard of this, it’s a device that uses sound waves and radio frequencies to eliminate pathogens. Do you know those old movies where the opera singer sings at just the right pitch that she shatters the crystal wine glasses? The rife machine operates basically on the same principle. Researchers have found the right range of sound and radio frequencies for hundreds of diseases and, using the Rife machine, create a vibration that literally ruptures the cell wall of the pathogen, causing its insides to leak out and it dies. There is a frequency range for Lyme disease.

Of course, nutrition and detox need to be on point when fighting Lyme. Not only will you potentially be on antibiotics—which requires you to keep a healthy microbiome by eating a lot of fermented foods—you might have been prescribed a bunch of other drugs, i.e., painkillers, sleep aids, etc. You’ve got to detox that stuff out.

Consider doing things like coffee enemas, taking a detox supplement regimen , going to the sauna, flushing your liver and gallbladder and making sure you don’t have a leaky gut by doing things like a bone broth fast.

Just like any disease, an ounce of prevention is worth a pound of cure. If your detox pathways are strong, your nutrition is good and you take necessary precautions, Lyme Disease shouldn’t be a concern. But if it’s too late, get in touch with me, or look into an old school friend of mine who has made Lyme Disease his specialty, Dr. Jay Davidson in San Diego, California. 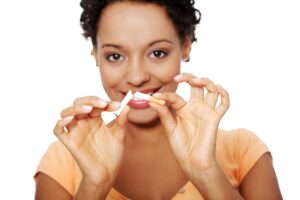 What I’m not going to do is tell you how bad it is for you, or try to make you 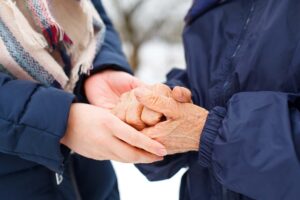 Spotting Dementia Before It Starts

If you catch dementia early, the easier it is to address and potentially reverse. If you catch it later, there 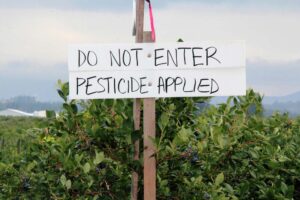 Why You Need to Know Everything About Glyphosate

What is this sciency-sounding word, glyphosate? You probably know it much better by its marketing name: Round-Up. It’s truly and