Negative Ions Have a Positive Effect On Your Health

By definition, a negative ion is any single atom that extra negative election. In regards to those beneficial to your health it is an Oxygen atom that has been charged with an additional negative ion. Nature is always creating negative oxygen atoms – during thunder/lightning storms, with waterfalls, the waves crashing along the beach – even when sunlight interacts with oxygen molecules in the air. Technically negative ions are everywhere, however some places have higher concentrations than others. The highest areas are those with moving water (streams, waterfalls, rainstorms etc.). Some people can even “taste” negative ions or be affected directly by them as they often “feel” a sense of enlightenment or refreshment by being in the natural’s areas high in negative ions.

What Do Negative Ions Do?
By themselves negative ions are charged such that they attract and bind themselves to positive ions. Positive charged ions tend to be those that contaminate or pollute the air (pollen, pet dander, cigarette smoke, dust etc.) and living bio-contaminants (mold, viruses, bacteria etc.). Once a negative ion attaches itself to those positive ions they (the negative ions) cause the positive ions to “weight more” thus becoming too heavy to remain airport. The toxins will literally drop out of the air and attach to the lowest surface they come in contact with. This is one of the main primary effects of negative ions – air cleaning! (Isn’t it neat to think how God created an infinite amount of these ions in the outside environment to naturally keep the air pure!)

Are We Overwhelming Gods Purifier?

In my house we have a HEPA filter – it runs in addition to a UV/Carbon system we had installed on our HVAC (yes, you need to clean your indoor air! – the EPA estimated it’s more dangerously contained than outside air). The HEPA filter will turn an orange (mild) or red (severe) to indicate the presence of a contaminant that it is removing. Once clean, the color returns to blue (clean, no irritants). Even as sophisticated as it is, we still need to wash the HEPA filter every 90 days, and replace it annually. Why? It gets overwhelmed – i.e. CLOGGED – such that no air moves through the system. I think you might see where I am going with this. Burning fossil fuels, even “clean diesel” still pollutes the air. Industrial chemical air pollution – right down to cigarette/electronic vaping smoke – it’s all contaminants. (don’t even get me started on chemtrails and what they are doing to our air). Point is, we are adding more and more and more to a “natural filter” that – though abundant – is beginning to tap out. (i.e. the quality of your indoor air at home, school, work – even in your car – does not want it to be – and the price you pay is with your health (energy, focus, disease etc.).

Negative Ions: A Method of Air Sterilization
As early as the 1930s a team headed by Russian professor Tchijevsky, discovered that negative ions sterilized enclosed air. Interestingly, it’s common practice today for hospitals in Russia and other European nations to use negative ion generators for cleaning hospitals and most work places. In America, we still rely heavily on chemical cleaners and even “UV” cleaning robots (which still lack ionization).

This small device is powered by a USB cable and is capable of delivering up to
10 times as many negative ion generators/fans and can “treat” up to 500
square ft. These devices are able to quite literally instantly remove tobacco
smoke & odor, airborne bacteria, viruses, mold and their spores along with
floating particulates, pollen, dust, pet odors and even dander.

In 1990, Dr. John Ott, a U.S. scientist who specializes in ADD/ADHD, produced
research linking toxic fluorescent lighting – which is high in positive ions – with
poor behavior in schoolchildren. (yes, the very lights are used in almost all schools and work places – i.e. those thin white bulbs that are 4 feet in length). The use of synthetic materials in any room increases the level of positively charged ions in an enclosed environment. This is why you often find high probability of high static electricity in these spaces and in materials that are synthetic. The accumulation of positive ions, in turn, affects the Serotonin levels in the blood of those who spend time in environments full of positive ions (ie air toxins), which have been linked to headaches, lethargic behavior, speech and memory issues.

A Natural Anti-Anxiety Effect
In research on hundreds of patients over five years, Pennsylvania’s Dr. Kornblueh found that negative ions have a sedative, healing and pain-relieving effect. His findings demonstrated patients recovered 57% faster from surgery and required less post-operative pain medications. when exposed to negative ions. Additionally, treatment with negative ions provided relief from symptoms of allergies and sinus congestion for 63% of patients. Conversely, to compare the opposite, Dr. Kornblueh discovered that positively ionized air (what is produced when air is heated via gas burning furnaces btw) produced headaches, sinus congestion, dryness of the throat, dizziness and an itchy/runny nose. Some studies have even been done on workplace productivity – noting increased performance among workers who were in an environment with negative ion generation compared to those in positive ion generation.

Cleaning Your Air Is Just As (or More Important) Than Cleaning Your Water!
The average adult inhales and exhales 7.5 liters of air per minute! That’s ~11,000 liters of air in one day! Inhaled air contains approximately 20% oxygen by volume equating to 2,200 liters of oxygen! That’s a lot of air! Can you see now why it’s important for your health (and detoxification ability) to ensure the air you breathe is uncontaminated.

Some of the most toxic pollutants found in your home/work space include:
Cigarette smoke, air fresheners, VOC’s from synthetic flooring, furniture, carpet, paint and even synthetic clothing (yes, polyester does have “that smell”). These days it’s absolutely essential you clean up what goes in and out of your nose – one way is to run an HEPA filter. You can get them for 99-200$ on Amazon. Another way is to run put a UV light into your HVAC (usually only 250-300$). Another way is to place a carbon filter sold at most hardware stores that lays over the top of your HVAC inlet filters (changed every 90 days!). Yet another way is to open your windows just after a storm to generate cross circulation and invite natures negative ions into your home. (P.S.d it’s a good idea to open your windows at least 1-2x weekly to allow the outside air to cross through your home cleaning out any positive ions and stale air – remember outside air is usually cleaner than inside air). Finally – you can get a direct negative ion generator ($75 for the IonBox and place it in all your rooms individually for 30min-1hr. – Don’t forget while driving in your car – its USB powered after all).

Other helpful tips: use cotton, linens, bamboo woods and real wools as opposed to polyester, rayon plastic and chemically treated wood. Dry your clothes in fresh air outside when available opposed to a clothes dryer and watch out for hair dryers – they produce billions of positive ions per second. Replace bright fluorescent globes with low-wattage LED bulbs. When you go to sleep, turn electrical appliances off. Use Himalayan salt lamps at night – they generate negative ions when heated and also give off a safe spectrum of light at night that won’t trick your eyes into thinking it’s the early hours of the morning (which will, in addition to the negative ions, help you sleep!) 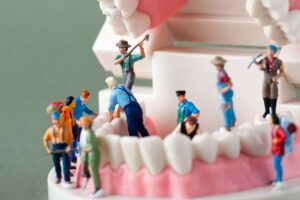 You Can Regenerate Your Teeth

First things first (or side-note number 1): brush and floss your teeth. (What you use to brush your teeth is 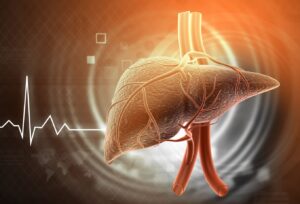 How To Increase Liver Health – This Is Your Health

The liver can play a role in inflammation, leaky gut, food sensitivities, chemical sensitivities and autoimmunity. Tending to liver function 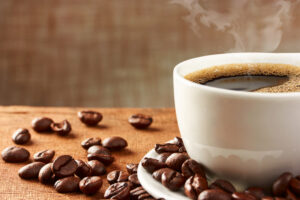 In our ongoing defense of coffee, we have aggregated a number of important studies that have linked drinking coffee to