Chances are you have heard about negative ions. But don’t forget, for every negative there is a positive (life, and the universe, are all about balance). A negatively charged ion is simply an atom or molecule that has a negative charge. A positive ion is just the opposite.
Negative ions have the most powerful effect towards your health-as they often undo the damage of the various positive ions you come in contact with on a daily basis that affect your health.Examples of Positive Ions: Any and all electrical devices, computers, TVs, cell phones, tablets, dust,pesticides, herbicides, smoke, exhaust, VOCs (volatile organic compounds).  Negative ions are odorless,tasteless, and invisible molecules that you inhale in certain environments–particularly humid ones like rain forests, near waterfalls, beaches and after a rainfall. Plants and sunlight also produces a tremendous amount of negative ions naturally.
Positive ions are found in high concentrations in areas with high outdoor air pollution. Sitting in traffic is a great way to get a large dose of positive ions. They are also found in excessive quantities in all electrical devices (Computers, Laptops, Tablets, Mobile Phones) as well as dust, pesticides, herbicides, cigarette smoke, vehicle exhaust and the multitude of products that off gas VOCs (volatile organic compounds) such as paint, glues, furniture and bedding products (new mattresses are some of the worst).

Studies have shown positive ions can inhibit ciliary motility (the cleaning mechanism in our respiratory tract),increasing the risk of infection. The tremendous amount of time you are being exposed to and absorbing positive ions can have a serious effect on your overall health-not just physically but also energetically.Positive ions have been shown to decrease your potential for natural energy production and energy longevity.
This is the number one reason so many Americans are tired all the time-they simply are in positive ion excess and are severely starving for negative ions. Think about how good you feel when you are in nature, or walking outside just after a thunderstorm or when sitting next to a stream or waterfall. The slight smell of ozone or “nature” is truly the smell of negative ions.You will notice them and enjoy them-its the number one reason almost everyone longs to either visit orlive at the beach.

Once absorbed the negative ions reach your bloodstream and are believed to produce biochemical reactions that increase levels of serotonin–helping boost mood, relieve stress by lowering cortisol levels,and increase waking energy by stimulating natural adrenal gland hormones (DHEA and Adrenaline) which make you feel young, vibrant and energetically alive!
In fact, Columbia University studies of people with winter and chronic depression show that supplementing negative ions relieves depression as much as antidepressants. According to Pierce J.Howard, PhD, Director of Research at the Center for Applied Cognitive Sciences in Charlotte, N.C., negative ions increase the flow of oxygen to the brain–resulting in higher alertness, decreased drowsiness, and more mental energy. Several other studies suggest that regular exposure to negative ions is an effective treatment against Seasonal Affective Disorder (SAD).You can read more about these studies by simply googling “SAD and Negative Ion Therapy.” During classic cardiovascular exercise (running, stair climbing, bicycling) the body produces lactic acid which is positively charged and can induce damage to both muscles and ligaments. Multiple studies have been done in the area of sports medicine that show introducing negative ions to the body not only reduces recovery time but also enhances cellular and tissue regeneration.

How To Increase Your Exposure To Negative Ions

The easiest way to increase your exposure to negative ions is to simply get outside and enjoy nature!Exposure yourself to some of the highest natural sources of negative ions by going for a walk in the woods, visit the mountains or state parks, go on a waterfall adventure (locating and experiencing waterfalls near you) or simply got for a walk immediately after a heavy rain. But traveling to the great outdoors isn’t the only way to get high concentration of negative ions. Along with spending more time in nature, here are some other creative activities you can do to generate negative ions right in your home or office environment:
Share on twitter
Twitter
Share on pinterest
Pinterest
Share on facebook
Facebook 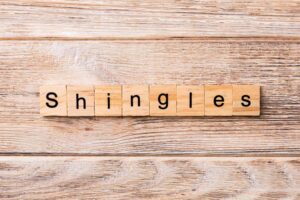 Shingles – a condition you won’t think twice about – until you have it, then it’s the only thing you 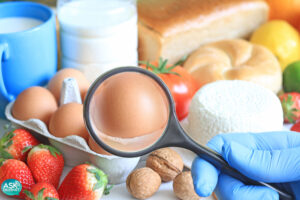 How To Self Test For Food Sensitives or Bio-Individuality

Have you ever noticed that your blood sugars elevate or your ketones drop drastically, all of a sudden, as if 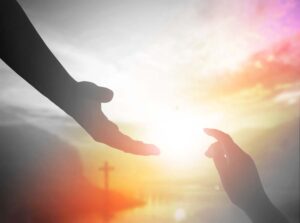 “So, God created mankind in His own image, in the image of God he created them, male and female He created