Chances are you are not taking a Sulfur supplement and there’s much debate over how you should be taking supplemental sulfur. Pantothenic acid is a sulfur
containing vitamin. Methionine is also a sulfur based amino acid found in meat, fish, and fermented dairy products that is capable of providing most of the needed sulfur with the exception of the two sulfur-containing b-vitamins: thiamin and biotin.

Sulfur can be taken directly in capsules or powders and it’s been shown to help to protect against allergies, osteoarthritis, and muscle soreness and more! A recent study analyzing how much sulfur is available in the diet concluded “a significant portion of the population that included disproportionately the aged, may not be receiving sufficient sulfur.”

It has even been recently been hypothesis that heart disease and atherosclerosis is the result of a cholesterol sulfate deficiency! Researchers have proposed that atherosclerosis can be explained by the body using plaque to replenish cholesterol and sulfate to the microvasculature – ie the deficiency is within the vessel walls themselves. It’s also been noted that insufficient sulfate may increase the risk of high blood pressure and blood clot formation.

Sulfur deficiency, while extremely common, is an “unappreciated deficiency” since it is found in many foods and most assume that their diet meets the minimum daily requirements. The highest food sources of Sulfur include eggs, garlic, onion, grass fed meats, nuts and green leafy vegetables.

Rampant depletion in the soil within the last 50 years has created a deficiency, not just of sulfur, but of most essential minerals in the plants consumed by you and the animals you eat. Sulfur deficiency is known to be related to rising obesity rates and is connected to glucose metabolism (diabetes) and cardiovascular disease.

Several studies note she found people who have been diagnosed with heart disease, diabetes, cancer, HIV, sepsis, IBS/IBD almost always have a deficiency in cysteine and glutathione, two amino acids with sulfur molecules as structural backbones. Note both cystine and glutathione are made in the body, but production diminishes as sulfur reserve are depleted.

MSM Is a Powerful Sulfur Supplement

Sulfur can be found in your muscles, skin and bones. Technically sulfur plays important role in hundreds of physiological processes, most notably forming the foundation of your immune system and detoxification pathways as well as assisting in fat digestion, bile production and collagen production within skin and connective tissues. You literally cannot survive with our sulfur as every enzyme in your body uses sulfur to maintain their shape and biological activity! Your hair and nails are made of a tough protein called keratin, which is high in sulfur, and the cartilage in your joints and spine have protein with flexible sulfur bonds.

Methylsulfonylmethane (MSM) is a sulfur donor and contains 34% elemental sulfur by weight. Many of the benefits of MSM supplementation are related to the compound’s sulfur content and ability to reduce inflammation, regulate the balance of reactive oxygen species and antioxidant enzymes while modulating your immune response (elevating or lowering when necessary). Some people note MSM offers release of pain, especially pain associated with arthritis and muscle soreness.

The Benefits of Bone Broth and Epsom Salts

Another exceptional way to boost sulfur is via homemade bone broth or a relaxing soak in a warm Epsom salt bath. Bone broth contains other valuable minerals including magnesium, phosphorus, calcium, silicon, sulfur chondroitin and glucosamine.

Bone broth also helps hydrate the digestive system and supports proper digestion. In one study, researchers found that chicken bone broth has medicinal qualities and significantly reduce inflammation and the elevated levels of chondroitin sulfate and glucosamine help reduce joint pain and inflammation. As bone broth is made from animal bones it’s important to use homemade bone broth over store-bought which is often produced with chemical-laden bouillon cubes or non organic, grain fed bones. In its simplest form, it’s made by using grass fed beef or organic chicken bones, vinegar and spices, and simmering in a pot or slow cooker for as long as 1-2 days.

Epsom Salt baths is a soothing way of absorbing both magnesium and sulfate as Epsom salt is “magnesium sulfate” which readily absorbs through your skin. As a general recommendation, use 2-3cups of Epsom salt in the bath tub with water as hot as you can handle-The hotter the water, the more the salt will dissolve and the more your body will be able to absorb directly.

Some people note they are light headed during and after an Epsom bath, often a sign of deficiency. Alternatively, you could make a foot bath of one part Epsom salt to two parts water and soak your feet for about 30 minutes to absorb the nutrients directly. 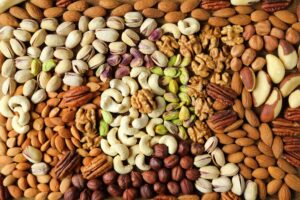 Nuts! The Good, the Bad and the Ugly

So you’re trucking along. You’re feeling good about your dietary discipline. You’ve cut out sugar, grains, most toxic foods. You’re 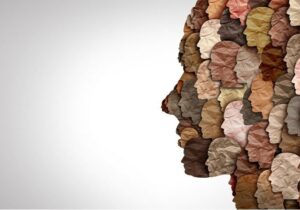 Some of you know I attend Grace Covenant Church. I have to tell you – Pastor Lemings gave what has 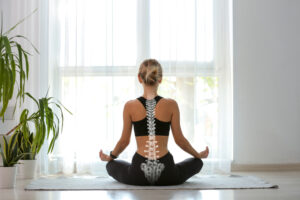