Taking Back the Hippocratic Oath

Most of you have probably heard of Hippocrates. He was a Greek physician in around 300 B.C. and is known as the “father of Western medicine.” Nowadays, every doctor must take the “Hippocratic Oath,” the general idea of which is for doctors to pledge to take healing seriously. Just to give you a couple of highlights of this important pledge:

Hippocrates is also famous—particularly among doctors like myself—for saying: “Let food be thy medicine and medicine be thy food.”

The problem is that this oath has become no more than a formality. Actually adhering to it has simply been discarded. For example, our approach in the West is largely reactionary. We have almost no real focus on prevention, rather we tend to throw pills at almost every problem. For the most part, this does not amount to a cure, rather a sort of band-aid to alleviate symptoms. In that sense, we don’t focus on prevention OR a cure.

What about overtreatment? We’re certainly not following that. There’s a term: iatrogenesis. It means preventable death by complications in medical treatment. A study conducted by three professors in 2006 found that between 1996 and 2006, almost 8 million people died of iatrogenesis. This includes adverse drug reactions, medical error, bedsores, infections acquired at a hospital, unnecessary procedures and a few other things.

Iatrogenesis kills more people every year than heart disease or cancer. So, you can say that it is actually America’s number one killer.

So, if our approach was to use food as medicine rather than drugs and surgery, we’d instantly eliminate the number one killer in America–medicine that isn’t food!

Beyond that, heart disease takes second stage in terms of killing Americans. And what causes heart disease? Bad diet, little exercise, obesity and smoking. These lifestyle choices combine to cause artery walls to stiffen and inhibit blood flow throughout the body.

Does this seem too easy to you??? Bad diet? Obesity? Your food-related solution awaits. We just knocked out the top two killers in America.

But what if you already have heart disease and you go to the doctor? You’ll likely be put on blood thinners so your blood can make it through the smaller, stiffer arteries more easily. You might be put on cholesterol medications and blood pressure medications. Women with heart disease are often given hormone therapy as well. If things get particularly bad, you’ll go under the knife where surgeons will either physically unblocks your arteries (angioplasty) or bypass a blocked section of your arteries (bypass surgery).

These medications all have side effects and dangers. Cholesterol medications can cause liver damage, kidney failure and muscle degeneration. Blood pressure medication side effects include headaches, persistent coughing, dizziness, diarrhea, low heart rate, etc. Surgery comes with all sorts of risks, and it’s rather unpleasant. Wouldn’t you just rather eat vegetables instead?

Reducing plaque buildup in your arteries and re-establishing flexibility is as simple as replacing bad foods with good foods, getting more exercise, quitting smoking and losing weight. Let’s start with your diet:

That’s just heart disease folks. We could do a similar exercise on, say diabetes or arthritis, or even cancer. Hippocrates would be proud if we started taking his “food as medicine” rule seriously, and we would have so fewer deaths due to medical mistakes and over-prescriptions. We might even start curing diseases rather than just covering up and treating their symptoms!

A Functional Look At The Rise In Thyroid Disease

Have you noticed more and more people, especially women, are being labeled with thyroid disease. Thyroid cancer and hypothyroid diagnosis 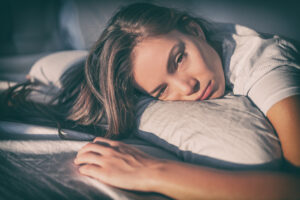 During 2010-11, 15.3 percent of American women and 10.1 percent of men reported feeling very tired or exhausted in the

What Can You Learn About Your Health From Your Face?

Your face may be saying more than you think about your health. An alternative Chinese medical practice known as “mein