The Many Reasons To Drink Lemon Water Every Day

Lemon water has quickly become a very popular beverage within health circles – not only due to the fact that lemons enhance the flavor of water(which by definition is tasteless) but also because science has started to choice for the benefits of drinking a glass of lemon water daily.

This daily habit is now becoming known as a “lemon water detox” with the suggestion of replacing your morning coffee/tea with a cup of warm/hot lemon water – mostly due to high antioxidant power of lemon juice.

Yes, it’s that simple – the juice of two to three whole lemon mixed with water (either hot or cold) with optional additions: mint leaves, raw honey, cinnamon, ginger or turmeric.

According to the U.S. Department of Agriculture (USDA), three lemons on average will produce 100 grams of raw lemon juice supplying an average of 38.7 milligrams (mg) of Vitamin C.

In addition to enhancing the flavor of water, which helps both adults and children to drink more water daily, here are five more compelling reasons to drink lemon water today (and every day).

Prevent Kidney Stones: Certain fruit juices has been found to prevent stone formation as it in-creases urine volume as well as offers an abundance of potassium and citric acid. Lemons have large amounts of citric acid, where consuming just four ounces of lemon juice daily has been shown to significantly in-crease urine citrate levels without consequently increasing oxalate levels(a known promoter of kidney stones). Lemon water not only supplies citrate but also the water needed to flush out stones if they are already present.

Support Weight Loss: Its a well known fact that drinking water before you eat can reduce your hunger and decrease the quantity of food you need to consume to feel full. A cup of warm lemon water consumed 30 min before you eat can also help to induce digestive enzymes which assist your body in the absorption of nutrients from consumed foods which can also help promote weight loss. In a study of173 overweight women aged 25-50, greater intake of water translated to significant loss of body weight along with fat percentage over time, regardless of the type of diet or physical exercise used.

Antiviral and Antibacterial Properties: Lemon juice is known to have strong antiviral and antibacterial properties –
which is why you often find lemon added to various soaps and detergents. A 2017 study in The Journal of Functional Foods found that fermented lemon
juice showed strong antibacterial activity against E. coli bacteria and even mycotoxins (mold). Lemon juice, along with lemongrass, has also been found to have
therapeutic value in the treatment of oral thrush in HIV/AIDS patients.

It’s Heart-Friendly: In a 2015 study, researchers tested a lemon detox program involving a low-calorie diet supplemented with lemon juice in reducing body weight and body fat mass, thus lowering insulin resistance and other known cardiovascular risks. After the 11-day study period — seven days with the lemon detox juice or placebo, and four days with transitioning food — the researchers noted that changes in body weight, body mass index, percentage of body fat as well as waist-hip ratio were notably greater in the group that took lemon detox juice or placebo than those who had no dietary changes. The lemon detox program was found to slash body fat and insulin resistance due to calorie restriction, and therefore may have a potential benefit on risk factors for heart disease. In addition, those in the lemon group experienced reductions in C-reactive protein levels, a marker of inflammation. Plant compounds found in lemons, such as hesperidin, have also been found to help optimize cholesterol levels.

Anticancer Properties: A systematic review of 22 papers strongly corroborates the role of citrus juices and their derivative products as a potential tool against cancer. A 2000 study also suggested that intake of flavanone, a type of flavonoid found in lemons and limes, is inversely associated with esophageal cancer risk. Along with vitamin C in citrus fruits, it may account for protective effects against this kind of cancer. 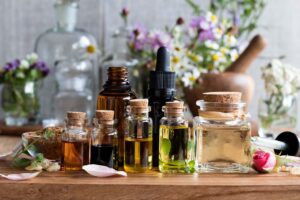 Cancer & The Power Of Frankincense Oil

For over 5,000 years frankincense has been used to support the immune system, fight infection and cure disease. Today the

Placebo, Yes Please!! Nocebo, No Thanks!! 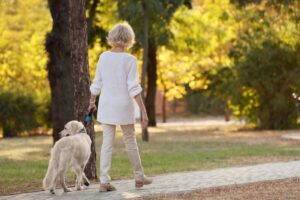 During these times of uncertainty, there is one thing you can be certain of – your body was designed to