The Truth About High Blood Pressure

1 in 4 American adults suffers from high blood pressure and another 1 in 3 don’t even know they have it! High blood pressure is a leading contributor to Heart Disease which will, unfortunately, cause the death of 50% of Americans this year, as it has year after year for decades. DID YOU ALSO KNOW that an estimated 5 million U.S. children take blood pressure medication!?

The medical approach to blood pressure includes: Diuretics, Beta-blockers, ACE inhibitors, and Vasodilators or Calcium-channel blockers. Although these drugs may lower blood pressure for a short period of time, they do not address the true cause of the problem, and the drugs’ toxic effects and side-effects may be more damaging than the high blood pressure itself!

What Causes High Blood Pressure?
When arteries in the body become constricted, due to the hyperactivity of their smooth muscle, inflammation or toxicity there is less of a channel through which blood can travel en route to the systems of the body which needs the vital nutrients and oxygen it gets via the vascular system. Naturally, as these channels are reduced in size, the body’s organs continue to require nutrients and oxygen, so the body compensates by elevating the blood pressure, in order to maintain adequate levels of blood flow to the systems of the body that would otherwise become starved. The body’s blood pressure is foremost controlled in the brainstem at the medulla oblongata. This area of the brainstem, in coordination with other smooth muscles of the body, will drive the elevation of blood pressure – demonstrating the body’s natural response to lack of nutrient and oxygen flow to organs.

Traditional, allopathic treatments
Certainly, if blood pressure remains elevated, and its causes remain unaddressed, deterioration of the cardiovascular system, and ultimately a heart attack, can become likely. Unfortunately, instead of addressing the true cause of high blood pressure, the most common medical treatments of today only address the symptoms. However, their success rates are questionable at best.

Beta-blockers – these drugs block norepinephrine and epinephrine (adrenaline) from binding to receptors on the nerves, thereby causing a reduction of the heart rate and blood pressure by the dilation of blood vessels. However, the use of certain beta-blockers can lead to an increased risk of diabetes (which in turn, can lead to heart disease).

Diuretics – aka “water pills” encourage the body to expel excess water, which, in turn, reduces blood pressure. Unfortunately, these drugs are also linked to an increase in diabetes. Even worse, they do not rid the body of unhealthy inflammation or oxidized plaque – just water – leaving the root cause of the problem unaddressed.

It comes as no surprise that when patients do not take their medications, their blood pressure rises again. While this would cause some to think that high blood pressure is a permanent condition that needs to be medicated for life, others would realize this simply reveals the true cause is still unaddressed.

Sugar: The True Cause of Arterial Inflammation
Sugar – not salt – creates an inflammatory response in the body. Some of the latest research is even suggesting sugar may be worse for your blood pressure than salt, as certain salts can actually help reduce blood pressure. While heart patients are typically advised to reduce their intake of salt in order to reduce fluid retention in the body, very little is advised about sugar’s connection with blood pressure. Along with sugar, processed vegetable fats (corn, soy, canola, etc.) and toxins (pesticides, herbicides, heavy metals) are also major dietary contributors to arterial inflammation. The complete elimination of these elements through an elimination/cellular healing diet/detox has been shown to effectively reduce blood pressure without the help of medication or other natural treatments.

Atlas (C1) Nerve Interference: A Neurological Connection to Blood Pressure
According to the Journal of Human Hypertension, chiropractic adjustments were more effective in lowering blood pressure than two medications combined! George Bakris, M.D. director of the University of Chicago hypertension center, said, “Not only does it work, we saw no side effects and no problems.” This was an 8-week study, where 25 patients with early-stage high blood pressure were specifically adjusted and had significantly lowered their blood pressure compared to 25 similar patients who received “sham” adjustments.

X-rays showed that the procedure realigned the Atlas vertebra – the circular-shaped bone at the very top of the spine – in those who received the adjustment, but not in the sham-treated patients. Compared to sham-treated patients, those who received chiropractic adjustments saw an average 14mm Hg drop in systolic blood pressure, and an average of 8mm Hg drop in diastolic blood pressure. The drop in pressure after chiropractic adjusting was also sustained at an 8 week follow up.

Dr. Bakris reported, “When the statistician brought me the data, I actually didn’t believe it. It was way too good to be true.” The statistician said, “I didn’t believe it either, but we checked for everything and there it was.” The researchers suggested that injuries to the neck earlier in life can affect blood flow in the arteries at the base of the skull. Spinal subluxation/misalignment of the Atlas is also known to interfere with the activity in the Medulla Oblongata – the brainstem control center for blood pressure. Specific adjustments naturally reset the brainstem activity to normal balance, ensuring that the body can recognize conditions of high blood pressure and correct them through its own innate mechanisms of healing. 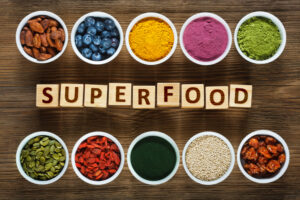 An Answer to the 30 Days of Superfoods Challenge

We’ve missed it… and that’s a shame. If we had known about it sooner, we surely would have challenged YOU 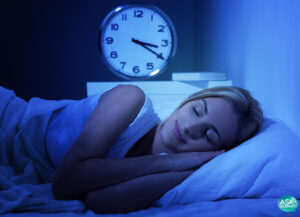 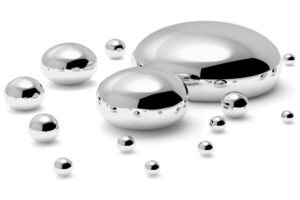 Mercury Toxicity and Its Remedies

Mercury is considered by the World Health Organization (WHO) as one of the six most toxic substances on the planet.