Recent studies show promising results for the power of carious foods and specific mushrooms when it comes to fighting cancer, specifically colon, breast and prostate cancer. As an example, one study grafted human prostate tumors onto mice and then treated with food/mushroom extracted only to find the tumor was 1/2 its original size in just 31 days!

In yet another experiment, mice genetically engineered to have colon polyp cancer were given sulforaphane, “broccoli sprout extract’ which resulted in only 50% expression of the polyps than observed in the control group. A powerful example of what nature can do for preventing and reversing cancer.

Here are some of the most POWERFUL anti-cancer foods you can incorporate into your diet to prevent and even reduce your risks for developing cancer.

Garlic – Garlic, and many of its “relatives’ such as onions, leeks, and shallots–contains powerful antioxidants known as ALLICIN which is proven to remove free radicals from the body. It also enhances immunity, is nutrient dense, has been shown to lower blood pressure and cholesterol levels, as well as improve brain function. It’s also a natural detoxifier and its easy to incorporate into your diet-chop or crush the garlic, allow to rest, then use it raw or in your favorite recipes or simply eat it raw, or roasted (raw is best)!

Broccoli – As mentioned above broccoli is high in phytochemicals and the antioxidants sulforaphane, glucoraphanin and indole-3-carbinol, which have all been proven to reduce the risk of cervical, breast, gastric, and prostate cancer. Broccoli is also a powerful anti-inflammatory, assist with bone and heart health and can easily be incorporated into your diet. Caution: all of the anticancer properties are heat-sensitive-so raw or juiced is best!

Spinach – Spinach offers incredible health benefits not just because its loaded with vitamins, minerals, and omega-3fatty acids that your body needs but it also has a “Popeye” property, aka spinach-flavonoids. Currently there are thirteen discovered that devour damaging free radicals and help your body flush them out. Particularly rich in folate and fiber–two elements that doctors believe are essential to cancer prevention–spinach can be eaten raw, juiced or lightly steamed (any cooking beyond that destroys the anti-cancer properties.

Cordyceps Mushroom (Cordyceps sinensis) – aka the “Caterpillar Fungus”or “Dong Ching Xia Cao” has long been apart of traditional Chinese and Tibetan medicine. An extremely rare combination of a mummified caterpillar and a fungus together, it is found at very high altitudes in the Himalaya mountains. Cordyceps contain many potent bioactive compounds, including cordyceptin, cordycepic acid, polysaccharides, and sterols. In laboratory experiments, Cordyceps was selectively toxic for cancer cells, without affecting normal, healthy cells. Bioactive ingredients in Cordyceps including cordyceptin attack and destroy mouth, bladder, prostate, breast, liver, lung, cervical, leukemia, and colorectal cancers as well as lymphoma, melanoma, and neuroblastoma in culture.

Agaricus Blazei Murill – Also known as “Tokyo’s Cancer Secret” this mushroom is most famous for being in a study conducted by the Medical Department of Tokyo University, The National Cancer Center Laboratory, and Tokyo College of Pharmacy. They demonstrated a complete recovery in 90% of guinea pigs injected with cancer cells. Specifically agaricus blazei murill activated macrophage and interferon immune activity leading to tumor shrinkage, a halt in metastasis, and reduction of future cancer occurrences. When used in combination with chemotherapy, agaricus blazei murill was shown to lessen the side effects in individuals receiving chemotherapy for endometrial, cervical, and ovarian cancers.

Maitake/Reishi Mushroom – Also known as :The Dancing Mushroom” Maitake, and Reishi mushroom contain a vast array of bioactive anticancer molecules. In studies, maitake and reishi mushroom both stimulate NK (natural killer) cells activity in cancer patients. The mushrooms also show promise in blocking tumor growth and activating malignant cell death through its specific immune-enhancing methods. Maitake has scientifically and clinically shown to be powerful for those with breast and lungs cancer as well as myelodysplastic syndromes (MDS).

Turkey Tail – In 1976, a Japanese company patented extracts of this mushroom (PSK and later PSP). They have since become recognized cancer drugs in Japan. This mushroom has been shown effective against various oncovirus (HPV, EBV & other cancer viruses). 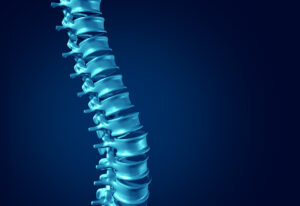 The Raw Power Behind Your Central Nerve System – Part 2

A continuation of the marvelous Human Nerve System In this, and the newsletters that follow, we will take an expiration 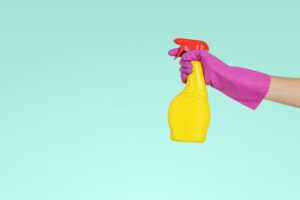 Time To Spring Clean Your Home From Toxic Household Products

It is estimated that the average household has up to 25 gallons of toxic substances. Most of this is contained 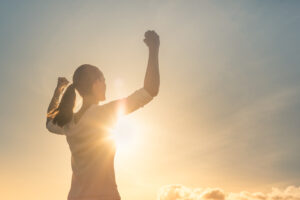 The Psychological Game to Control Your Health