Top Cancer Myths That You Believe as TRUTH but are LIES

Cancer – it’s a condition that no one wants to talk about, but when the diagnosis comes to you or a loved one – it’s all you can talk about! Considering the fact that Cancer rates are consistently climbing and it’s now neck and neck as the leading cause of death in the US – I wanted to let you in on a secret – most of what you know about CANCER is a lie – myths put out by “Medicine” to either confuse you or to support their standard of care – chemotherapy, radiation and surgery.

Below you will find the most common MYTHS about cancer and a short description of what the opposing truth is and, most importantly, the steps you can take NOW to not only prevent cancer from forming but action steps you can do NOW if you or a loved one has cancer.

Cancer is caused by GENETICS so there is nothing I can do to prevent it if I have a “cancer gene”- This is one of the biggest myths I run into and its simply not the case 95% of the time. Less than 5% of all cancers have a known genetic link. The vast majority (95%) of cancers are caused by infections (virus, yeast, mold etc), hormone imbalance and environmental toxicity. In fact, a recent study showed that 7 specific viruses are known to be the cause of most tumors (EBV, HBV, HCV, HIV, HHV-8, HPV and HTLV-1).

A glass of WINE is healthy and won’t increase my risk for cancer – Antioxidants in red wine called polyphenols may help protect the lining of blood vessels in your heart. A polyphenol called resveratrol is one substance in red wine is known for its health benefits. While a glass of clean, dry-farm non-toxic wine occasionally leads to a healthy heart remember that alcohol (in any form) is still a toxin and can cause systemic inflammation and chronic inflammation has been linked to cancer as well as diabetes, and many neurodegenerative diseases such as Alzheimer’s and Parkinson’s.

If You Have Cancer You Need REST Or Have People Do Things For You – Cancer isn’t a disability – in fact many people with cancer feel absolutely “NORMAL” before their diagnosis only to find out they have had cancer or years prior. While rest is a great step towards health experts advise against isolation and in-activity for cancer patients, which can lead to increased fatigue, a weakened immune system, and depression. Cancer patients who exercise consistently have a higher rate of survival and maintain a more positive outlook throughout their recovery.

Diet Has Nothing To Do With Preventing Or Curing Cancer – One of the most frustrating thing for me as a functional physician is seeing cancer patients celebrate their remission with cupcakes, cakes, cookies etc. Foods high in refined sugar, sodium, and hydrogenated fats and grains (wheat etc.) have been shown in countless studies to influence cellular changes that leads to cancer. Cancer cells consume up to 4 times more sugar (glucose) for fuel than any other cell in your body. Conversely, eating a diet of organic foods with vitamins and nutrients that prevent cellular deterioration naturally increases your chance of preventing and beating this devastating disease (and almost all other conditions at that).

My Weight Has Nothing To Do With My Cancer Risk – Considering that 1 in 3 Americans develop cancer at some point in their life and 1 in 3 Americans are OBESE is hard not to see a correlation. Scientists agree that thousands of cancer cases are directly caused by carrying excess weight. One primary reason is that fat cells secrete ESTRADIOL (E2 – btw did you know there are three types of Estrogen E1, E2, E3, E4 – some are healthy and some are toxic) which acts as a “ toxic fertilizer” for cancer cells – making them grow. It’s been shown that hormone receptor positive, estrogen specific breast cancer is sensitive to E2! (Has any oncologist shared that with you!)

My Teeth Have Nothing To Do With My Cancer Risk – While they may seem unrelated, some physicians are connecting the dots be-tween teeth that have amalgam fillings (silver fillings) and “dead teeth” – aka Root Canals with Crowns/Caps and cancer. Dr. Josef Issels, MD, a world-famous cancer specialist, was probably one of the first physicians to require all of his cancer patients to have their root canals extracted as part of his healing protocol. In his book, Cancer: A Second Opinion, he discusses how over a period of 40 years working with 16,000 thousand cancer patients, over 90 percent of his patients had between two and ten root canals in their mouths when they first arrived at his clinic. He asserts that root canals and the dead teeth in the mouth can become infected and the bacteria generate copious amounts of toxins capable of cancer in humans! 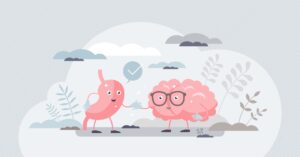 This is so fascinating. The more research that comes out, the more we’re realizing how integrated our gut (and the

Oxidization, Antioxidants and the ORAC Score

You’ve all probably heard of “antioxidants” and how they are good for you because… wait, why exactly? The very short

Is the Mainstream Waking Up On Cancer Treatment?

In my endless research (some may say obsession) with cancer treatments, I ran across this article from Time Magazine. It