Tea has been around for ages, Centuries even. In 2014, the Tea Association of America (yep, there is one) stated that Americans consume 3.6 BILLION gallons of tea every year.

Tea can have significant health benefits due to the many phytochemicals, however, it is worth noting that “conventional” tea can be loaded with pesticides and even heavy metals. This is because tea plants are “hyper-accumulators,” i.e., they are extremely good at extracting agents from the soil and accumulating them within their leaves – thus the concern for traditional grown tea (conventionally grown, pesticide sprayed etc).

The majority of tea found on the market today is from Camellia sinensis, a specific genotype of tea plant. Each plant can then be categorized into five basic types of tea based on how they’re processed. The specific health benefits and potential concerns differ for each variety of tea, so it’s useful to have a basic understanding of the types, which are differentiated by withering method (leaf drying), oxidation and fermentation. The five basic types of tea are differentiated as follows:

White Tea: Made from unopened buds and immature leaves that are steamed or fired to inactivate polyphenol oxidase, and then dried.

Green Tea: Made from more mature leaves than white tea. The leaves are typically withered prior to steaming or firing, and then rolled and dried.

Oolong Tea (Wu Long): Leaves are “bruised” in order to release some of their polyphenol oxidase, which then acts to partially oxidize the tea before the leaves are heated and dried.

Pu-era Tea (Chinese Black Tea): A black tea from the Yunnan province of China that has undergone a complex process of fermentation and aging.

Tea can have as many as 2,000 components, mostly polyphenols and flavonoids, caechins, alkaloids, vitamins, minerals and pigments. Two of great importance are epigallocatechin gallate (EGCG – a powerful antioxidant, anti-inflammatory, anti-proliferative, anti-infective and cardioprotective element) and theanine (aka L-theaninie) which is known for its calming, focusing effect on the brain.

Tea Plants Drink Up Pesticides and Heavy Metals Like a Sponge

China is the world’s largest tea producer, with eight million individual tea growers. Unfortunately, China is also the world’s largest pesticide user. Most tea is not washed before it is packaged or bagged, so if the plants are doused in pesticides, the pesticides will be infusing into your cup. Besides pesticides, teas may contain artificial coloring, flavoring and GMOs. In 2012, a comprehensive investigation by Greenpeace found all tea samples from China tested positive for at least three kinds of pesticides, with one-third containing up to 29 different pesticides—many of which are illegal in the U.S. and Europe.

Tea plants naturally accumulate fluoride and other heavy metals (lead, aluminum, arsenic) and typically grow in acidic soils, which results in even higher uptake. Fluoride toxicity can result in a variety of health problems such as joint pain, muscle weakness, osteoporosis, brittle teeth, kidney problems and even cancer. There is growing evidence that aluminum is problematic for your brain and may contribute to Alzheimer’s disease.

Organic tea can be expected to have less pesticide contamination, but what about heavy metals and other toxic elements? Organic tea might be cleaner but only some of the time. Given that younger tea leaves tend to be less contaminated than older ones, you would expect higher grade teas to be less toxic—but this is only a rule of thumb. Another consideration is that teas from China and India are generally more contaminated than those from Japan due to industrialization. So if you enjoy green tea, your best option is organically grown green tea from Japan.

Tea Bags Also Carry Their Own Surprising Source Of Toxins

Tea bags have their own set of problems. Most paper tea bags are treated with epichlorohydrin, a known carcinogen. Silky tea bags are made from plastics such as nylon or polypropylene, which are unstable in hot water.

The best method of making tea is by using an organic Japanese based loose leaf tea that you are steeping directly with water in one container, straining the leaves only before consuming.

So now you know… and knowing is half the battle. 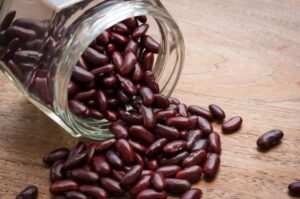 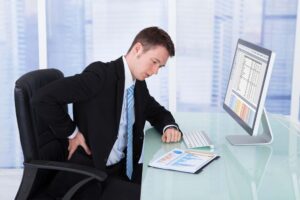 Firefighter. Police officer. Landscaper. Data entry specialist. What do they all have in common? HEADACHES, FATIGUE, AND LOW BACK PAIN. 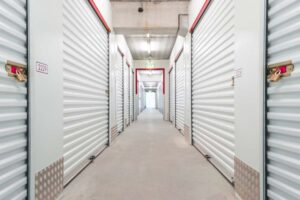 Have You Noticed?? STORAGE UNITS Are Everywhere!

It’s nearly impossible to go for you to take short drive in Charlotte without seeing a self-storage unit (or two).