From 1958 to 2013 the incidence of diabetes has increased by eight times, according to the Centers for Disease Control and Prevention. The incidence of metabolic syndrome is even higher and many people have diabetes that has yet to be diagnosed.

While the increase of sugar consumption and more people being obese certainly contributes to diabetes, there is more to the increase. The surprising observation that obese people with low levels of persistent organic pollutants (POPs) do not have an increased risk of diabetes. As previous studies have shown, the diabetes epidemic does correlate with the rate of release of POPs into the environment. Correlation does not prove causation.

More convincing is the correlation between body load of POPs and risk of metabolic syndrome which studies are showing the association is synergistic. When POP levels versus diabetes risk is examined, the case becomes even more compelling. Adding up the numbers shows potentially the whole epidemic is apparently due to the massive increase in body load of toxins.

There are many mechanisms for blood sugar control disruption by these toxins. They can be loosely divided into two broad categories: impaired insulin sensitivity and decreased insulin production. Studies have found there is a direct correlation between the amount of arsenic in a person’s body and risk of diabetes. Bisphenol A (BPA) blocks insulin receptor sites causing insulin resistance.

Sources of the diabetogens include the following: Arsenic exposure occurs primarily through diet and water with seafood, rice, mushrooms and poultry the main food sources. Bisphenol A is used in the production of polycarbonate plastics, which are used in many ways including food and drink packaging, canned foods, water bottles, compact discs, implanted medical devices and even in some dental sealants and composites. Dioxins are a large class of highly toxic POPs and are by-products of several industrial processes. Everyone who eats conventionally grown foods is exposed to organochlorine pesticides (OCPs). Polychlorinated Biphenyls (PCBs) were banned in 1977, but have heavily contaminated the environment, are very difficult to break down and accumulate with age. Phthalates are a family of organic chemicals used as plasticizers and for multiple manufactured product purposes and easily contaminate fatty foods like milk, butter and meats. Polycyclic Aromatic Hydrocarbons (PAHs) are primary carcinogens in cigarette smoke and are found in charbroiled food.

There are a number of laboratory tests available to determine total body load of toxins as well as the specific toxins. The most important easily available lab tests indicative of the load of toxins that cause diabetes is y-glutamyl transferase (GGT), also known as GGTP. Other conventional laboratory tests indicative of toxic load include complete blood count (CBC), high-sensitivity C-reactive protein, the platelet count, homocysteine, alanine transaminase and bilirubin. There are also toxin-specific laboratory tests like toenails for arsenic and a fat biopsy for chemical toxins.

Bisphenol A: In an interesting rat study, probiotics Bifidobacterium breve and Lactobacillus casei were shown to bind BPA in the gut and increase excretion in the stools.

Dioxins (other than PCBs): Vitamin C has been shown in human cell cultures to suppress dioxin carcinogenesis.

Organochlorine Pesticides: NAC has been shown in human cells to decrease glutathione depletion by OCPs.

Polychlorinated Biphenyls: Epigallocatechin gallate and quercetin have been shown in human cell lines to protect against DNA damage from PCBs.

Polycyclic Aromatic Hydrocarbons: Antioxidants such as vitamin C and vitamin E at modest daily dosages have been shown to protect women smokers from DNA damage.

There are other nutrients to consider in preventing diabetes. They include vitamin D (regulates inflammation and insulin sensitivity), magnesium (improves insulin sensitivity and blood sugar control), B12 and folate (alleviate oxidative stress in diabetics, improving symptoms such as diabetic retinopathy), berberine (improves insulin resistance and insulin secretion, inhibits the generation of glucose in the liver, reduces the intestinal absorption of glucose and promotes an anti-inflammatory gut microbiota) and alpha-lipoic acid (acts as a powerful antioxidant in the body).

There are also some lifestyle changes for diabetes prevention. They include the following.

Improve Your Gut Health: An altered, inflammatory gut microbiota is paramount in the development of type 2 diabetes. Some probiotic strains demonstrate antidiabetic effects. Supplementation with Lactobacilli and Bifidobacteria improves biomarkers of inflammation and oxidative stress in type 2 diabetics and lowers fasting blood sugar by promoting an anti-inflammatory gut microbiota.

Exercise: America has become an extremely sedentary nation, which is a significant risk factor for type 2 diabetes, so exercise should be a central part of any treatment plan for the disease. Breaking up prolonged sitting with standing or walking has been shown to improve the post-meal blood sugar response in those at risk for diabetes.

Sleep: The dramatic increase in the incidence of type 2 diabetes over the past few decades has paralleled a progressive decrease in sleep duration reported by American adults. Sleeping less than seven to eight hours a night has emerged as a major risk factor for type 2 diabetes. 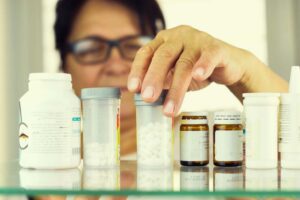 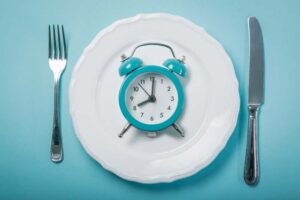 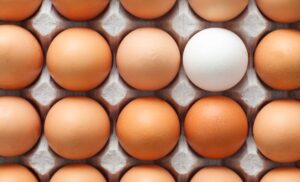 Not All Eggs Are Created Equal

Egg labels are confusing. Deceptive or poor labeling has been an issue in the sale of eggs practically since they