A Secret the Cancer Industry Doesn’t Want You to Know

Cancer. The very word causes a recoil, a visceral awareness that our statistical probability of “catching” this “disease” is astronomically high. Current statistics tell us 1 out of 2 men and 1 out of 3 women will be diagnosed with some form of cancer in their lifetime. More than 1 million Americans are diagnosed each year, and this number does not include all forms of cancer.

Johanna Budwig was a brilliant scientist who did in fact develop a protocol that cured cancer in the 1950s. The problem with her protocol is that there’s no money in it for Big Pharma.

We run for the cure, we walk for the cure, we donate more than a billion dollars a year to the American Cancer Society in search for a cure, but still no cure is found. There’s no shot, no magic pill, no elixir that will wipe out cancer. So, the cancer industry chugs along, with annual spending on medical care for cancer treatment totaling around 125 billion a year.

Big business. Very big business. Through this conventional treatment, how many will die horrible, painful deaths, their bodies as ravaged by the “treatment” as by the disease? And why? Because there is no cure for cancer? Actually, there is. “I have the answer to cancer, but American doctors won’t listen. They come here and observe my methods and are impressed. Then they want to make a special deal so they can take it home and make a lot of money. I won’t do it, so I’m blackballed in every country.” recipe

These are the words of Johana Budwig. No, she was not a charlatan or a quack. Johanna Budwig was a German scientist, a six-time nominee for the Nobel Prize, who held two doctorates, one in medicine and one in pharmaceutical chemistry. She also studied biochemistry, physics, and psychology. Johanna Budwig found the cure for cancer in 1951.

Budwig had been appointed by her government to lead research into the process of hardening oils into solids–in other words, how to make margarine. Through this work, she was the first to discover that trans fatty acids (hydrogenated oils) are detrimental to health. At the same time, she discovered how to cure cancer, along with other diseases including diabetes, liver dysfunctions, cardiovascular problems, and arthritis.

Budwig discovered that cancer cells are simply cells that did not have the nutrients needed at a molecular level to properly mature. She also discovered that unlike the red blood cells of healthy people, the red blood cells of cancer patients did not contain a fatty layer. This discovery led to her cure, a cure with a 90% success rate. (It is good to note that many of her cancer patients were stage 4, sent to her after failed surgery and radiation. One can’t help but wonder if she would have achieved a 100% success rate with early state cancer or even late state cancer without earlier conventional treatment.

She cured cancer through a specific fat supplementation diet. Her diet is a nutritionally dense, additive free, diet without processed foods. Her unique mixture of oil and protein gives the body the needed nutrition to heal itself on a molecular level. Cancer cells are sloughed off or absorbed and the body is restored to health within three months

Budwig wrote and published six books and many articles. She would have contributed more, had she not spent many exhaustive years in litigation with margarine companies and was restricted through the courts, at times, from publishing.

Over the past weekend I spent several hours combing through her books and protocols to help deliver to you the MOST AMAZING SECRET THAT BIGPHARMA DOENS’T WANT YOU TO KNOW: THE CURE FOR CANCER WAS FOUND MANY YEARS AGO!

In fact, Dr. Budwig is one of two German Scientists who discovered the cause and cure of cancer. Yet de- spite amazing results (90-99% cure rates of even up to Stay 4 cancer) our government and the powers to be want the secret I am going to share with you to remain hidden.

You may say this sounds like a conspiracy theory – and you are 100% correct with one exception – It’s a conspiracy truth! For more information on the various natural cures and ways to strengthen your immune system against cancer and other chronic conditions join me on Saturday October 13th, 11am for Power Immunity: Building an Iron Clad Immune System. Registration is now open. 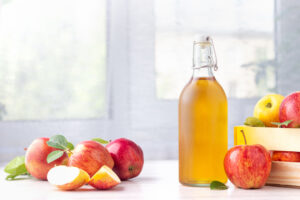 The Many Health Benefits of Apple Cider Vinegar (ACV)

If it has not become a regularly used item in your health cabinet yet, this Fall is the perfect time 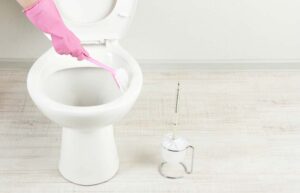 Make Your Own Cleaning Products, Part I: Toilet Tablets

Hey all! One of the most important things we teach our patients in terms of eliminating toxicity from their lives 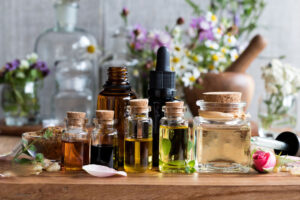 Unless you’ve been under a rock the past two years, you’ve probably seen, heard or been exposed to essential oils