Foods That Mirror Your Organs (Part 2)

Last week I wrote about foods that carried a mirror image to various organs in your body, highlighting the visible connections (and nutritional benefits) of walnuts to your brain, tomatoes to your heart, grapefruits to female breast tissue, figs to male testicular tissue, mushrooms to your eats and grapes to your lungs.

This week we continue to connect various “mirror image foods” to their internal body counter parts. Avocados when sliced horizontally have a similar shape and size of a female uterus. Interestingly, the fruit takes exactly 9 months to from flower to ripe fruit. One of the most important nutrients in female fertility is fat – specifically monounsaturated fatty acids (MUFAs) which makes up 71% of the fats found in avocado. They are also high in folic acid, potassium and vitamin A – each of which are considered essential for reproductive health in both males and females. The consumption of avocado oil has also been associated with reduced risk for fibroid and in some studies its even suggested that the phytonutrients found in avocado may actually help to reduce uterine fibroid through balancing estrogen and progesterone ratios (which are of- ten out of balance when a fibroid is present). These beans were names specifically due to their similar shape and col- or to that of a human kidney. Interesting fact: 1 cup of kidney beans contains 2,500 mg of potassium (6 x more than a banana) and 45 grams of both fiber and protein.

The large amount of potassium, along with Magnesium (as much as 65% of your daily requirements), helps to lower the risk of developing kidney stones. The large amounts of soluble and insoluble fiber has been connected with lowering blood pressure by allowing vasodilation within the kidney vessels themselves.

Kidney beans are also high in protein and iron which has been shown to help stabilize blood sugars and decrease blood sugar variability during the day. This is important to note, especially since diabetes is the #1 cause of kidney failure and end stage renal disease in the US. Externally an olive looks similar to that of a woman’s ovaries. A study conducted in Milan Italy in 2002 found that women who ate olives and used olive oil daily had a significant decrease in the likelihood of developing ovarian cancer (as much as a 30% decrease!)

Olives and their oil contain a large amount of phenolic antioxidants (squalene and terpenoid) which have been shown to have anti-cancer properties. They are also high in MUFAs (90-95%) which helps to support overall reproductive health and decrease inflammation in both men and women. Olives have also been shown to prevent formation of colon, breast and various skin cancers. Looking down the center slice of an onion resembles closely that of many cells in the body (red blood cell, white blood cell – even healthy cells). Onions carry a strong cleansing ability – i.e. antibacterial, antiviral, anti-fungal and even anti-parasitic properties. This is due to the organosulfur compounds (the ones that make you cry when chopping). They also contain disulfides, trisulfides, capeanine and vinyldithiiins which are known anti-cancer compounds.

The anthocyanin that gives a purple onion its color has been shown to fight against genetic mutation of the P53 gene – which when mutated allows a cell to continuously multiply – i.e. become cancerous. Several studies have shown that onion extracts can reduce both the size and number of polyps in the colon and increase the amount and availability of insulin in the blood – which helps lower blood sugar. One 2007 study in the Journal of Nutrition found high levels of Quercetin (an antihistamine) in onion which allowed for vasodilation and reduction of blood pressure. A large piece of Ginseng root branches out into smaller extensions, appearing much like the profession of large arteries to smaller arterioles and eventually capillaries (the
smallest blood vessels). Ginsenosides and Gintonin have been shown to accelerate production of NO (nitric oxide), suppress the formation of thrombin (clot formation) and assist in the preservation and creation of blood vessels while also inhibiting the decomposition of entodhelin – a compound that is known to construct blood vessels resulting in elevated blood pressure (Translation: Ginseng prevents blood vessel compression and lowers blood pressure) 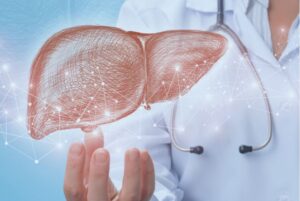 Your Liver Wants To Heal You – Will You Let It?

If I were to ask you “what does your liver do?” chances are you would say “it detoxes me” or, 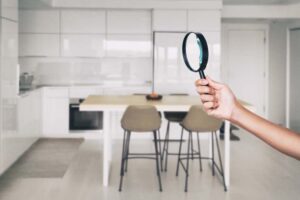 The Dangers of Mold and What to Do About It

Did you know, according to the Environmental Protection Agency (EPA) all types of mold have the potential to cause ill 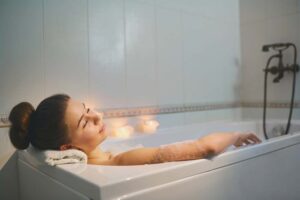 5 Reasons You Should Take a Hydrogen Peroxide Bath

Hydrogen peroxide is one of those ubiquitous household items. As kids, we all dreaded (and were secretly fascinated by) that