You’ve likely heard the term “global village” in your travels by now. It was coined way back in 1962 by a Canadian academic, Marshall McLuhan, to describe how our world is “shrinking” due to the rise in communication technology and the ease of international travel. It’s a concept that has become more and more relevant with each passing year.

Consider this: a small village–maybe in Southern France–a few hundred years ago. Everyone knows everyone. You can’t keep secrets or live in anonymity. And yet, while the hygiene and cleanliness of your fellow villagers affects you due to the close proximity of all involved, there’s not a whole lot you can do about it. Disease spreads quickly and everyone is affected. These are the conditions that facilitated the spread of the Bubonic Plague, which wiped out literally half the population of Europe in a matter of years.

If the world is becoming a village, how does that affect our health as a species?

While antibiotic use in the West is declining amidst concerns over “superbugs” and consumer demand for clean meats, the use of antibiotics in factory meats in Asia has been steadily rising. Projections for 2030 predict another 120% rise in antibiotics in meat from Asia, particularly China.

Factory farming in the U.S. and (particularly) Europe is heavily regulated to minimize pollution, the spread of disease and antibiotic usage. And while some would argue (myself included) that these regulations are not nearly effective enough, they are much more significant than anything going on in Asia.

As a result, diseases like avian and swine flu are finding new and more fertile animal populations in which to thrive. Overuse of antibiotics contributes to more antibiotic-resistant bacteria (which affects the entire globe) and more pollution further depletes the ocean of nutrient-rich, clean meats and causes crops throughout the world to become less nutritious due to higher levels of CO2 in the atmosphere.

While Chinese and Asian farming practices may have a negative impact on Western countries and their peoples, the eating habits and tastes of Westerners are starting to cause serious health problems in countries throughout the world.

Obesity and its many consequent diseases (heart disease, diabetes, cancer, etc.) was largely a problem of the West (and mostly America at that) not even 20 years ago. In that time, American food companies and their accompanying practices have been hard at work exporting throughout the globe. In 1990, the entire nation of China had one McDonalds Restaurant. By 2016, it had 2,000.

A 2011 study of global obesity and diabetes distribution found that 60% of Type II diabetics are now in Asia. And a study in The Lancet in 2016 declared that, worldwide, dietary choices are now responsible for 1 in 5 deaths.

Much of this is due to the consumption of factory-farmed meats, saturated fat oils used to fry fast food (canola primarily) and of course, sugar.

The simple act of groups of people moving themselves across borders poses health risks. Europe’s refugee crisis is a good example.

In 2015 alone, more than 1 million Syrian and Middle Eastern refugees streamed into Europe, with the vast majority of them settling in Germany. Take any random group of 1 million people and several thousand of them are going to be sick.

Furthermore, the fact that these people were fleeing war torn, often unsanitary conditions put a massive strain on the healthcare systems and budgets of European countries, decreasing the efficiency and effectiveness of these systems.

Changes in climate patterns, oddly active hurricane seasons, continued political unrest and the ease with which people move themselves throughout the world don’t stand to make these issues any easier.

What do you do?

Always the question, isn’t it? And it’s difficult to consider an individual making much of a difference in the face of global issues powered by economic, social and political forces beyond his control.

But as the Germans say, Kehre vor Deiner eigenen Tür (sweep in front of your own door). Stay on top of your own health. Buy local, organic, free-range, grass fed and wild caught. Limit your own use of antibiotics. Don’t patronize the companies (fast food or otherwise) that export sickness and death to the rest of the world.

If everyone threw their hands up, saying: “There’s nothing I can do about it” then they’d be right and nothing would ever change.

Not all fats are created equal, but the ones on this healthy fats list pack a lot of punch. From 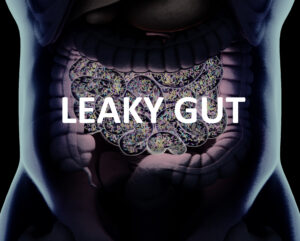 Leaky Gut – The Cause Of Other Diseases

Leaky gut occurs when the tight junctions of the gut lining loosen, causing various unwanted food pathogens and toxins to 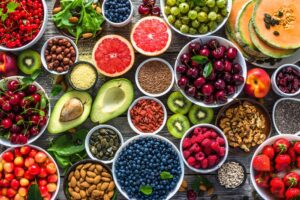 The father of medicine, Hippocrates, is quoted as say, “let food be thy medicine; and medicine be thy food.” That