So what does it mean to adapt? In the case of eating food, your body obviously has to digest the food, sort the nutrients from the waste, pull in the nutrients, and excrete the waste. When you trip, your body has to react so that you can catch yourself and prevent injury. If you do not catch yourself, and you hit your knee on the ground, there are numerous forces in play that you guessed it… your body must react to.

Let’s look at the adaptation to falling on your knee. The initial impact causes a physical force that you have to absorb. We have hard tissue, bones, and soft tissue, muscles and ligaments, that will take care of most of the physical forces. But what if we can’t absorb the force? Imagine getting into a car crash. Are you better off to crash while conscious and awake or while unconscious/asleep? If you know you are about to crash and you stiffen up, there is bound to be a much worse outcome than if you were relaxed and unaware. Being in a relaxed state allows your body to absorb and deal with the physical forces. On top of the initial impact, there is your natural response to absorbing the force, which is to send signals to protect ourselves. This is often seen with the spinal changes, muscular soreness, and feelings of fatigue and lethargy following any injury.

In addition to the physical impact of falling on your knee, there is a mental/emotional component. How likely are you to do something again if it was painful when done before? So many people give up a hobby that they love simply because that hobby caused them some sort of pain and their way to adapt to the pain was to cut out the activity. Reading this, doesn’t that seem silly? But I bet you can relate. In the case of your knee, falling on it will send pain signals to your spinal cord and up to your brain that will register across hundreds of thousands of synapses. Some of these nervous system signals will trigger the amygdala to increase in activity. The amygdala is the fear center of the body, so when we activate the fear center, we are more likely to avoid activities again that will re-activate those same pathways. So now it should make sense, that if you were riding your bike and fell when you hit your knee, even though the bike ride did not directly cause you to activate your amygdala pathway, that you would avoid riding your bike due to the conditioned neurological pathways that are part of your bodies adaptation patterns.

Following your knee hitting the ground, your body must start a healing process. Even though we all have relatively the same healing pathways, the healing opportunity is not the same for each individual based on the individuals physiology. The healing process will include a rush of fluid and cells to the injury site. Your body needs to wall off any openings in your skin, while identifying and starting the process of destroying any foreign material that may have entered the inner tissue layers. We have all heard of someone who is on a “blood thinner” to prevent some sort of clotting process from occurring. So there’s someone who will not heal as ideally as they should. Physiological adaptations have changed within that person. Neurologically, the signals coming to and from the injury site have to be different for that change in the healing response to occur.

So we have discussed the physical and mental/emotional adaptation processes that occur following hitting your knee on the ground to lead to this moment… the power of a chiropractic adjustment and your bodies adaptation.

The chiropractic adjustment changes the nature of the signals being sent neurologically. That change in neurology immediately results in numerous physiological changes. Increased spinal joint movement, decreased muscle tone, increased synaptic activity to the cerebellum, and a release of numerous neurotransmitters including the “good-feeling” endorphins, dynorphins, and enkephalins that give us that euphoric feeling following each adjustment are just a few off these changes. Further, brain activity is shifted away from the amygdala and focused on improving signals to the frontal cortex, allowing us to think and make actionable decisions with more clarity and less fear to cloud our judgement. These are a few of millions of measurable changes following an adjustment.

The adjustment changes our adaptation patterns. That’s why adjustments have to be specific, so that the input given to the body changes the neurology for good, and leads to positive physiological change. This is another reason why, here at our office, we use post-adjustment therapies such as vibration and body weighting. To allow your body to adapt(make neurological changes) that create new patterns. For example, a neck muscle that has been giving you headaches all week may receive a different pattern of signals that flow the muscle to relax. Or if you felt off balance before, the new pattern changes cerebellar output so that you’re upright and aligned. All of these positive changes following the adjustment are reinforced with more movement in a better aligned and adapted state. This is why each adjustment compounds on the last, as long as the adapted pattern has not regressed to a less advantageous, or previously adapted to state.

The moral of this story is… when you fall (on anything-a joint, your diet etc.), don’t stop what you were doing-go get an adjustment to ensure your body adapts in a manner that will cause patters of healing and living to compound themselves within your life. 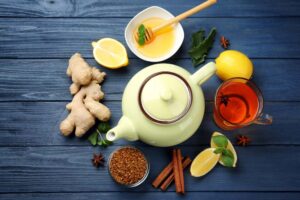 Alternative Remedies You Have Sitting In Your Home 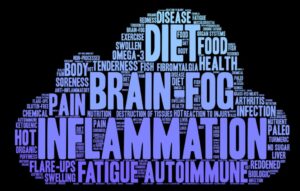 Did you know that the average American is dealing with systemic inflammation on a daily basis. Recently it was discovered 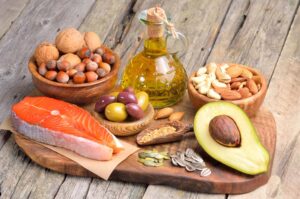 By now you should know how important healthy fats are for a healing and healthy body. Yet, I still get