Why Are So Many Americans Dehydrated & How to Hydrate Yourself

In November of 2018 a surprising article was published in the Chicago Sun Times titled “Doctor’s Say Most Americans Are Dehydrated” where a group of physicians tried to explain the cause of “midday fatigue.”

It’s estimated that as many as 75% (3 out of 4) Americans would fail a basic hydration assessment if they had one preformed and I agree – as you know we run a hydration analysis on everyone that comes into this office. Water is essential not only for life but for many of your organs to preform normal function. By volume, a human body can be as much as 60% water (i.e. if your weight is 100lbs, 60lbs of that comes from water and 40lbs from “everything else”. Interestingly the majority of your organs are mostly water by volume:

Dehydration is one of the most common preventable medical conditions in the world, and it affects millions in the United States. Yet for something so common as water, most of us are unaware of its dangers and struggle to achieve and maintain a healthy hydration rate. Here are a few things you might not know about dehydration:

There’s a VERY HIGH likelihood you are dehydrated.
A survey of 3,003 Americans found that 75 percent had a net fluid loss (defined as a larger urinary output by volume than water intake daily) resulting in chronic dehydration. Surprisingly the same survey found that most Americans drank about eight servings of hydrating beverages per day (the recommended intake for water)

Lack of Normal Hydration Is The #1 Cause of Fatigue.
Several sources note that midday fatigue (2-4pm) can almost always be conquered by drinking 1-2 glasses (8oz) of water. In fact, recent studies found that young people who were mildly dehydrated were much more likely to feel fatigued during moderate exercise and even when sedentary. Most people who feel this type of fatigue write it off as a symptom of business or the need for a “coffee break,” which as you will see, only complicates the matter.

You Are NOT Hungry, You are Thirsty (i.e. dehydrated)
Chances are this one isn’t new to you. The majority of the time you “feel” a hunger signal, it’s actually your body trying to tell you it’s dehydrated and in need of water. The easiest way to determine if you are really hungry is to drink 1-2 glasses of water and wait 15 min. If you are dehydrated (confusing thirst for hunger) your sensation to eat will disappear within the 15 min. If you are hungry (well hydrated but in need of fuel) you will feel a pang in your stomach. 9/10 times you feel “snackie” you really are thirsty!

If You Are Thirsty, You Re Dehydrated.
Dehydration triggers the body’s thirst response. So, when you feel thirsty, dehydration is beginning to set in. In some experiments, it only takes a 1-2 percent drop in hydration rate by volume to signal a thirst signal. This level of dehydration can happen quickly, sometimes in just a matter of minutes following exercise or when fighting off cold (viral/bacterial).

Dehydration Causes Brain Fog, Memory Loss & Irritability.
As noted above, the brain is 73% water by volume – making it very wet! When even the slightest of dehydration is present your metal and cognitive functioning becomes stressed. Your brain literally “shrinks” when it’s dehydrated! In younger adults, for instance, dehydration was linked to a dip in concentration and short-term memory, as well as an increase in feelings of anxiety and irritability. With children, studies are more conclusive that hydration directly improve attention and memory (i.e. more hydrated = more attention/memory and vice versa).

Water Helps You Burn Fat! Dehydration May Be the Cause Of Those Stubborn Pounds
From a clinical perspective, I can tell you that I see in the majority of cases a nearly 1:1 correlation between the amount of body fat lost to the amount of hydration regained. IE 10% body fat loss only occurs when a 10% hydration by volume of the total body is achieved. Simply put, when you re-hydrate you burn fat and when you dehydrate you store fat. Water is an essential nutrient in the “burning” process of a fat molecule into energy. One study even found that if you drink a glass of cold water be- fore eating both men and women’s metabolic rates were elevated by 30%!

Kidney Stones Are the Result of Dehydration – PERIOD!
Despite what your MD may have told you – kidney stones are the result of dissolved solids coming out of urinary suspension and depositing themselves into the microtubules of the kidney and ureter (translation – thick, dehydrated urine is more likely to “stone out” than thin, hydrated urine). A hallmark study done in the 90s examined the kidney stones of 700 patients and it was discovered that 80% of those with stones were dehydrated. Another more recent study showed that when patients who had a previous episode of kidney stones drank more water, their rates of reoccurrence dropped significantly.

Why is it so hard to hydrate properly? Are you one of the many who say “But, Dr. Ernst, I drink a lot of water! – How can I be dehydrated?” First, how much is a lot? Technically you have to measure your urinary output in ML within a 24 hr period to determine how much water you should drink to remain neutral (btw, the average adult eliminates 2000ml of urine each day which equals 1/2 gallon). At the minimum you need to drink 1/2 gallon of water to sustain your current hydration level – so if you are dehydrated it may require 1, 2, or even 3 gallons daily to recover yourself back to 55-60% hydration (it all depends on where you are coming from)

Another issue – some people can’t absorb the water they drink! (i.e. 1 gallon in – 1 gallon out). Simple solution – structure your water by blending it for 60 seconds before drinking. Structured water the type of water you are made of so it’s easier to absorb. You can also put 1/8 tsp of pink Himalayan salt into every glass of water to help your cells retain the water (water moves to- wards salt, so as you absorb the salt you also absorb the water). You can also accomplish the same results by adding liquid trace minerals and/or 1 tsp of Apple Cider Vinegar to each glass you drink.

Avoid beverages that cause dehydration. Yes coffee, tea, juices and carbonated beverages have water in them, but that doesn’t make them water. Water is water, period. Most of the beverages consumed (including fruit juices and alcohol) will dehydrate the body! Certain foods can also induce dehydration including wheat, corn, rice, oats, soy (and its sauce) and asparagus!

I hope you can see now that water, and its hydration, is perhaps the most important macronutrient you should pay attention to. 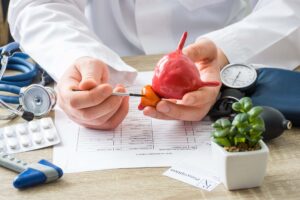 What to Do When “Waiting Watchfully” on Your Enlarged Prostate

If you are reading this, there is a whopping 85% chance that at some point as you age, you’ll suffer 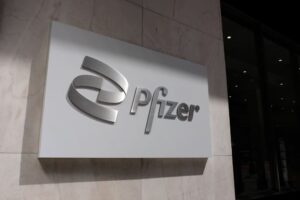 Is Pfizer Interested In Your Health or Their “Financial” Health
By Dr. Aaron Ernst, DC, LMP, PSCD

I’d like to introduce you to Pfizer’s CEO Albert Bourla. Dr. Bourla (Veterinarian) is the current CEO of Pfizer (did