How Exercise Affects Hormones, and How Hormones Affect Weight Loss

A lot of us are under the assumption that if we simply exercise enough, we’ll lose weight.

If you read my recent post, Common Weight Loss Mistakes and How to Fix Them, which was about common misconceptions regarding weight loss, you’ll remember that a couple fallacies are:

If you don’t believe me, there’s a great example of the difference between marathon runners and sprinters. Marathon runners—when training for or running a marathon—use enormous amounts of calories. They use far more calories than sprinters. And yet, sprinters almost universally have lower body fat and more muscle mass than marathon runners.

Here’s the issue and what tends to happen to the body when you follow the caloric deficit weight loss model:

Energy use, mathematically, is very one-size-fits-all. If you go see a dietician and they calculate how many calories you eat and how many you expel through exercise, they won’t take into account three rather important things.

Psychologically, it leads to crash dieting and yo-yo weight loss. You force yourself into hunger, wear yourself out exercising and ultimately say “forget it” and eat an entire pizza and sit on the couch all weekend. That’s just how the human mind works. You can’t count on “motivation” as it always runs out. You have to translate new, “motivated” actions into DISCIPLINE as quickly as possible.

How do hormones hurt or help?

So, on to hormones. They work for or against you. When I was referring to over-exercising causing stress, which actually leads to weight gain, I’m talking about a hormone called cortisol. It’s released when you are stressed. The reason why is fascinating, actually.

Consider being a caveman. You sometimes don’t eat for a week, or more. You are constantly on the run from predators, constantly scared of what’s lurking out there in the shadows. Is it a rival tribe? Is it a saber-toothed tiger? This is all very stressful. Combine that with very intermittent food, your body has to find a way to make the most of any food it gets, so cortisol (released by stress) triggers energy STORAGE. Where does the body store energy? Fat.

So stress makes you get fat. That’s really any kind of stress. Stress at work, with the kids, exercising too much, whatever. It all makes you fat. So a huge part of weight loss is managing stress. How do you do that? Well, take stock of what stresses you out. Can any of it be removed? For example, if you felt obligated to take on a certain duty or role at church, but it really stresses you out, there’s nothing wrong with saying, “Listen, this is negatively affecting my health. You need to find someone else to handle this.”

All of these things lower stress, and lower cortisol, and thus prevent you from gaining weight!

What about hormones that work in your favor in terms of weight loss?

An absolutely crucial, central hormonal factor in weight loss is the thyroid gland. If it’s not working properly (and it isn’t for tens of millions of Americans), you’re facing a nearly impossible uphill battle to lose weight.

If the thyroid gland slows down, your metabolism slows down and you either gain weight or your efforts to lose weight are dramatically limited. The reason for this is the end-product of a chain of events that results in a hormone called T3—which signals the use of lipids in your fat cells for energy—thus weight loss. (It does a lot of other things too.) Thyroiditis will majorly disrupt your life.

Fixing it is usually a matter of fixing your cell walls, which involves eating a lot of fat and detoxing. It’s something I’ve covered in seminars and in videos on the website, so have a look and get in touch if you have any questions.

Testosterone and human growth hormone (HGH) are two hormones that signal the storage of energy as muscle rather than fat. And the best way to boost both of those hormones is weight training. Lifting heavy weights or cable weights. These hormones are also released during burst training.

A lot of people think cardio is the exercise answer to weight loss, but it should be used intelligently, not just “as much as possible.” Burst training is the most intelligent use of cardio exercise. Why? Because it activates a certain hormonal response.

Burst training is a type of high-intensity, but relatively short, exercise. Rather than, say, running at a steady pace on a treadmill for 40 minutes, you vary the intensity of your workout for 20 minutes instead. You want to get to as close as possible to your maximum heart rate—but only for a short “burst.”

That’s measuring it by distance. But you can measure it by time as well. Sprint for two minutes, then do a nice jog on the third minute. What you want is two-thirds high intensity, one-third is low intensity.

What we’ve found is that doing this for about 20 minutes a day floods you with three hormones: testosterone, HGH and cortisol.

But cortisol signals fat storage! You cry. Yes, it does, but in the presence of elevated testosterone and HGH, it signals muscle growth instead. Only when cortisol is pretty much by itself does it signal fat storage.

Burst training also results in a change in two other very important and interesting hormones: leptin and ghrelin.  Ghrelin is basically a pleasure hormone released before and after you eat. If you think about it, this seems very strange. How is a hormone released BEFORE you eat? How does a hormone know when you’re going to eat? That’s not what that means. Ghrelin TELLS you to eat. It makes you want a snack very badly. Like cortisol, it also responds to stress.

Leptin is the opposite. It tells you that you’re full, that you don’t need to eat anything. You’re all set.

Interestingly, light-to-moderate exercise (like walking or light jogging for 30 minutes in a day) actually INCREASES ghrelin and DECREASES leptin. This is not what you want!

Burst training does the opposite. It decreases ghrelin and increases leptin. Focus on that.

So listen, here’s the long and short of it. 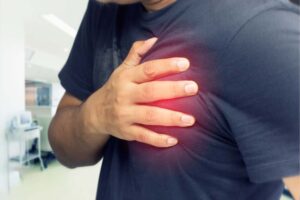 Do You Have a Heavy Metal Heart?

Heart disease is an ever-increasing global health problem. Nearly half of all Americans have some form of heart disease, 48% 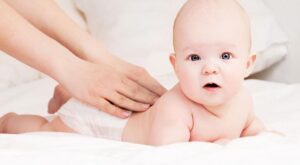 The modern convention regarding babies is to keep them as clean and sterile as possible. And while babies are, in 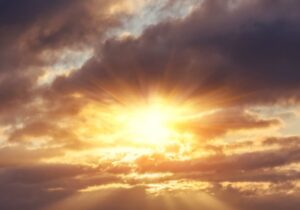 You Are God’s Masterpiece With A Calling Card

The bible is quite clear – there are unique characteristics of God. He is a beneficent being (all good, not