Ever heard of glyphosate? How about the popular herbicide Roundup? It’s basically the same thing. Roundup is the flagship product of the massive and notorious Monsanto Corporation. Just a quick mention about Monsanto: if there was a proper representative of the classic evil corporation, if there ever was a James Bond-style villain, stroking a cat from behind his corporate office desk while he barked orders at henchmen and schemed about world domination, it would be the folks down at Monsanto. From buying politicians to suppressing important research to willingly misinforming the public and putting the health of billions (yes, with a “b”) at risk, it’s Monsanto.

Anyway… glyphosate is the worldwide herbicide of choice specifically tailored for use on genetically modified crops. To say it is widely used would be a dramatic understatement. It’s a staple herbicide in virtually every country in the world, though some EU countries—and Brazil—are leading efforts to ban it. It’s being spread all over your food here in the U.S., however, most extensively on corn, soy and wheat. The U.S. uses just under 20 percent of the world’s glyphosate, and since use of it began in 1974, its use has increased by 1,500 percent.

The stuff has been linked to birth defects, Alzheimer’s and heart disease and the World Health Organization (WHO) said it was most likely carcinogenic last year. We can now remove the word “probably” from that statement. Here’s a link to the abstract of the study.

Scientists exposed human breast cancer cells to very low levels of glyphosate—as little as you might be exposed to if you were just to walk by a field that had been sprayed with it. What they found as that even these low levels of glyphosate increased breast cancer cell production by 15 to 30 percent. It’s connection to breast cancer is because glyphosate uses the same mechanisms to communicate with and between cells as the female sex hormone, estrogen. The jury is still out as to whether glyphosate will cause or enhance other types of cancer, but when it comes to estrogen-related cancers, it looks like it’s pretty dangerous.

Beyond that, the study also made an important connection between soybean crops, glyphosate and breast cancer. Soybeans contain a compound (called genistein phytoestrogen) that, when exposed to glyphosate, enhance glyphosate’s “estrogenic effect.” This means it just makes it more potent in terms of its effects on breast cancer cells.

The majority of soy products used in the U.S. (soy beans, soybean oil, soy sauce, tofu, margarine, salad dressings, the oil that tuna and sardines are packed in, the oil used for many crackers, breads, cakes, cookies and pies, mayonnaise, etc.) are GM soy beans, meaning they are coated in glyphosate, meaning they are doubly disastrous for breast cancer patients. In fact, the study closes with this statement: “the use of glyphosate-contaminated soybean products as dietary supplements may pose a risk of breast cancer because of their potential additive estrogenicity.”

The scariest part of all this… well, there are two really scary things about this: 1) how widely used glyphosate is and 2) how low the concentrations were that had an effect on breast cancer cells. They compared the levels used to test their hypothesis with the amount found on your average GM soybean, as well as the amount in the blood or urine of a person who had eaten a GM soybean product. Essentially, they studied a comparable amount to that which is very likely coursing through our veins as we speak.

But knowledge is power, and now you know. The key to avoiding this is to eat only organic produce as much as possible, avoid processed foods and when it comes to meat (as GM soy is a common animal feed as well), keep it grass-fed, free-range and organic any time you can. They are even beginning to use roundup (glyphosate) to manage waterweeds, meaning it could begin to affect your seafood. So far, any documented issues have more to do with frogs and tadpoles, but it’s better to eat wild-caught fish over farm-raised fish anyway—now all the more reason.

Stay safe out there, folks! 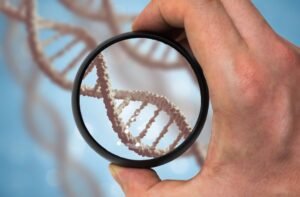 Nature vs Nurture: What’s DNA Got to Do With It?

If you were to listen closely to what scientists have been saying the past few years about your genetic code, 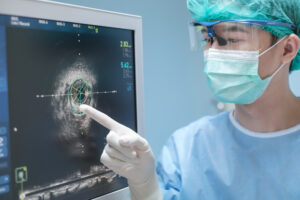 Why You Need to Know How to Track the Plaque by Dr. Jeff Ashforth, B.S., DC 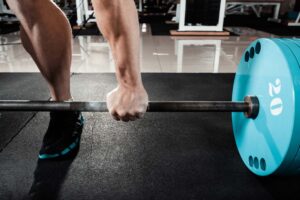 Working out is great. You should definitely do it, a lot. But like almost anything in life, there’s a way