We have all found ourselves wishing that we could go back in time and be young again. Many of us believe that the past has the best moments and best health. I am here to encourage you today that your life does not have to be that way!

Along with ensuring your gut and neurological health are in optimum condition, there is a resource that can both improve current energy/mood and help you experience the “vigor” of youth. Welcome to Methylene Blue (MB).

These last weeks of 2022 are the perfect time for you to invest in the life-giving energy of MB.  MB is an excellent treatment for fatigue because it helps produce more mitochondria-driven energy. The mitochondria are the organelles in your cells that are most commonly known as the “powerhouse of the cell”. Mitochondrial energy is the form of energy that the neurons in our brains use exclusively to control our entire body!

If the mitochondria are failing to produce energy, the rest of the body will begin to be affected negatively. This lack of mitochondrial function is detrimental to the brain. This is the time that MB can be applied due to it being one of the best anti-aging and neurological-disease prevention treatments in modern medicine.

Because of its benefits of improving your brain health, I want to review five benefits of using MB!

Development of dementia and Alzheimer’s disease is linked to the development of a protein known as Tau. When clinical trials were done on MB, it was found that it inhibits the formation of this dangerous protein.

MB is set apart from other Alzheimer’s treatments due to the fact that all other treatments can only prevent the development of Alzheimer’s rather than treating it after its diagnosis.

Research shows that MB mediates the pathways of nerve signaling in the brain, resulting in beneficial effects on the areas that play important roles in the development of Alzheimer’s.

This indicates that MB can be used for treatment of Alzheimer’s after the disease has been present in the patient’s body.

Complex IV is the final stage of reducing oxygen to water in the body. As this happens within your body, more energy is created. MB has an effect on aging and energy by increasing this complex by 30% and oxygen consumption in the body by 37-70%. This reverses early age-related deterioration!

This process causes damage to the DNA which leads to biological aging. Methylene blue helps prevent this premature aging due to its involvement with removing unstable molecules.

After studying animals that were treated with MB, it was discovered that taking it can improve long-term contextual memory. What this indicates is that conscious recall of circumstances and the source of one’s memory.

Other studies have also shown that MB taken in low doses after an event helps the retention of memory for that event. One particular study revealed how this process works. One test group was given small amounts of MB for three consecutive days after the completion of their training regiments.

Researchers found that the group treated with MB had 70% more energy production than those who were not given MB. This boost in memory is caused by the increased metabolic ability in regions of the brain that need more energy when learning how to discern memory details.

The findings of these studies show that supplementation of MB post-training improves the consolidation of memory.

When studying or reading, it has been found that MB will help one feel that they fully understand the material. Not only will they feel they completely understand the subject but also use what they have learned in the future.

Many reports indicate that the experience of taking MB causes what is called “after the fact learning”. One takes the information, then it’s as if the brain sorts through the material and stores it in a form to easily access it for a later time.

Further MB studies were done to determine its effectiveness on those with bipolar disorder. It was discovered that bipolar patients who took MB in higher doses had decreased anxiety and depression.

Others have reported that MB alleviates social anxiety. It has also been stated that it helps one’s focus to improve along with confidence increase. There is no denying the benefits of utilizing Methylene blue.

The dream of living a life free of premature aging, memory difficulties and energy problems is achievable through the taking of MB along with receiving care for your neurological system! 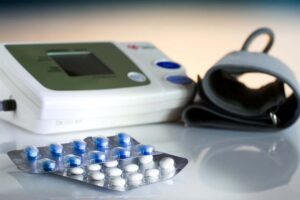 Here is more proof that every symptom is a warning sign! Recent study results from the Fred Hutchinson Cancer Research

Ninety percent of Americans are harboring a potentially harmful virus called Epstein Barr (EBV). For many people this virus is 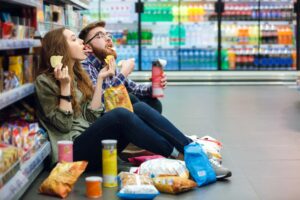 Study Finds That 60% of Our Diet is Basically Junk

Nearly 60 percent of what Americans eat is junk — ultra-processed foods loaded with sugar, salt, fat and all the