The Beauty and Benefits of Sea Salt

Salt has been used as a natural flavoring for thousands of years and it’s so vital to our existence that we’ve even been created with a portion of our tongue designated to taste saltiness.

As I’m sure you’re aware, salt is seen as negative and unhealthy by many organizations such as the American Heart Association. Their main beef is that it raises blood pressure and hardens your arteries. They recommend a maximum of 1,500 mg per day and rightly point out that Americans are eating more than double that because of all the processed foods in our diet.

But let’s take a step back. Now I’m not saying you should start shoveling salt into your mouth, but I want to clarify there is a major difference between processed table salt and real sea salt.

Table “salt” is manufactured by taking natural salt (such as crude oil flake leftovers) and heating it to 1200° Fahrenheit. During this extreme process, the chemical composition is completely altered and all of the nutritional benefits are destroyed.

In the end, generic table “salt” ends up being about 97.5% sodium chloride and a 2.5% balance containing an array of ingredients including:

Trust me when I tell you that no one really knows what’s in this stuff really is and calling it “salt” is a complete misrepresentation! Ultimately, this processed “fake” salt puts people at risk of developing cardiovascular events and chronic disease because of elevated blood pressure and arteriosclerosis.

So when the AHA says that salt is bad for you, this is correct only when referring to table “salt.” Unlike real salt, processed “salt” will cause your body to retain fluids and is so toxic that your body will operate in a sympathetic fight – or – flight response to protect itself from damage when you eat it.

Subsequently, it should be no surprise that people who use these products develop diabetes, gout, and obesity more than people who don’t. It doesn’t help that, as mentioned before, so many of the processed foods we eat are loaded with this so-called “salt.”

Additionally, most table “salt” is iodized and puts people at risk for over-iodization, which has been shown to abnormally enlarge the thyroid gland and cause thyroid-related autoimmune disorders.

What is the best sea salt? Celtic Sea Salt!

Celtic sea salt has a grayish hue, it is naturally harvested in Brittany, France near the Celtic Sea using a 2,000-year-old Celtic method that is crucial to preserving its life-giving nutrition profile. Weber’s description of this process sums it up well:

The salt fields of Brittany are lined with a natural layer of clay and sand…. In order to harmonize the trace elements, the hand raking of the moist crystals is done by artisans with a skillful touch.

The method is followed by a dedicated group of professional natural salt farmers in Brittany, who perpetuate the traditional skills that have been passed down through generations of antiquity. When harvested in these ways, natural Celtic sea salts are highly beneficial to one’s health as they possess many therapeutic qualities.

It has been reported that Celtic Sea salt is powerfully beneficial for your health and can help:

Interestingly, this salt will retain its moisture and will be moist to touch, in spite of how you store it. Think of this as a gentle reminder of its oceanic origins and continual life-giving properties!

Dissolve 1/4 tsp Celtic sea salt in 1-2 glasses of water per day for lasting benefits. Also, use it at your leisure to flavor your food. Just avoid table salt altogether.

P.S. Himalayan sea salt, which has a distinctive pink hue and, interestingly, is mined high in the mountains, is also very good, though not quite to the extent of Celtic Sea salt. Nevertheless, it can be a great alternative for people on a budget.

Media exposure, scientific findings, and word of mouth have lead to a significant increase in fish oil supplementation over the 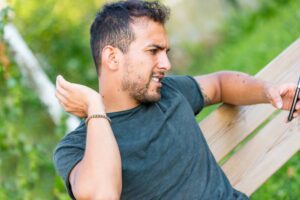 Protect Yourself From Creepy Crawlers This Season!

A recent CDC report is casting a long shadow on outdoor activities this summer. A New York Times follow up 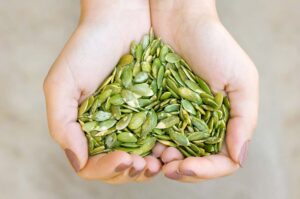 Pumpkin seeds are one food that you probably didn’t realize have a-lot of research behind their extremely powerful health benefits.