The medical research community is currently in an uproar. While we struggle with the ever-growing spectre of antibiotic resistance–a phenomenon that threatens the very foundations of modern medicine–we are also learning about the importance of the microbiome.

The microbiome is, in short, the word for the trillions of either benign or beneficial bacteria that live in your gut, mouth and on your skin and is responsible for, among other things, regulating your immune system, assistance with digestion and even your mental health to some degree.

Being that it is composed of bacteria, antibiotics can greatly damage the microbiome, leading to knock-on, downstream effects that include things like poor digestion, a weakened immune system, depression, system-wide inflammation and so much more.

Concurrently, we are seeing a rise in “superbugs,” bacteria that have evolved to be impervious to even the most powerful antibiotics. In the U.S. alone, an antibiotic-resistant infection kills 23,000 people. One story made the national headlines in early 2017 in which a woman died despite being treated with 26 different antibiotics.

Combine these two issues and antibiotics are starting to look like maybe they aren’t so great after all–even though we do freely admit they have helped to save countless lives. Nevertheless, the scientific and medical community realizes that alternatives must be found.

In that vein, I ran across this story today. Researchers at the University of Texas Southwestern Medical Center have found a way to suppress at least one strain of bacteria in mice using tungsten salts.

When someone suffers from Inflammatory Bowel Disease, a particular strain of bacteria (Enterobacteriaceae) grows to become problematic. Under normal circumstances, this bacteria lives in our gut and doesn’t cause any problems.

These researchers were able to block an enzyme the bacteria needed to grow by feeding these mice tungsten salts. They considered this a great success as it was able to, in a roundabout way, suppress a dangerous bacteria without using antibiotics. And in a way, it is fascinating and perhaps a step in the right direction… that is, until you consider the toxicity of tungsten.

Keep in mind that so far, this research has only taken place in mice. It’s unclear if it would work for humans (though it probably would given it disrupts a bacteria that affects both mice and humans), and it is unclear as to the dosage it would require for it to do any good in humans.

Furthermore, researchers acknowledged tungsten toxicity. Lead scientist, Sebastian Winter, said, “…tungsten is toxic, so this is not an endorsement that people with IBD should drink tungsten-contaminated water.”

And he is correct about that.

So what is it I’m saying here? Should we just surrender to bacteria? Clearly I’m criticizing both antibiotics and advances to treat infection without antibiotics, so what’s the point?

As with nearly any health issue (barring genetic disorders mostly), an ounce of prevention is worth a pound of cure. While it is impossible to live an entire lifetime without contracting some sort of communicable disease, it is certainly possible to build an immune system that is effective to the point that MOST infections would never even become an issue in the first place.

A lot of that has to do with a strong and flourishing microbiome.

Avoiding processed foods, sugar, gluten, antibiotic-laden meat and pesticides WHILE encouraging a healthy microbiome by consuming fermented foods will go a long way to really bolster your immune system. As will getting enough sleep and managing your stress in a productive way.

Beyond that, I’m not completely opposed to alternative treatments to infection. If worst comes to worse, and treating a bacterial overgrowth with a heavy metal is really, truly the last resort, it is possible to detox heavy metals over time and under supervision.

All I ask is that we as individuals and as a society march into this new frontier, where antibiotics are taking a backseat in medicine, with our eyes wide open and with all the information we can possibly gather to make the best possible decisions about our health. 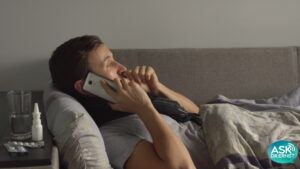 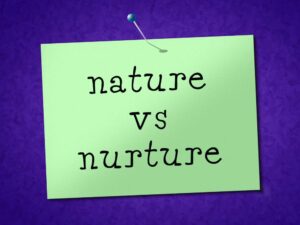 What Determines Our Health: Genetics or Environment?

The year was 1953. James Watson and Francis Crick were two unknowns in the world of science / medicine until 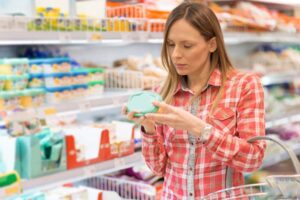 It’s a hyper-consumerist world we live in, where almost anything goes when it comes to marketing, advertising and public relations.