12 Recipes for Your Health: The Amazing, Multi-Purpose Oregano Oil

You may have never heard of the many benefits of oregano oil, or you may be a veteran user. Either way, it’s a good bet this article is going to teach you something. Like so many of nature’s creations, there are seemingly endless uses for the oil of this plant.

Naturally, we are going to focus on the health benefits of oregano oil in this post.

Oregano grows naturally in the Mediterranean region of Europe and North Africa and the Middle East. But since the East and West connected with the Silk Road during the time of the Roman Empire, it has been traded throughout Africa, Asia and Europe.

The Greeks are the earliest civilization to mention oregano for its medicinal properties, and the father of medicine himself, Hippocrates, singled oregano oil out as a remedy for skin conditions, digestive problems and lung issues.

The power of oregano oil

While both compounds have powerful healing and germ-fighting properties, the real warrior is carvacrol. It has been found to be anti-inflammatory, anti-bacterial, anti-viral and anti-fungal.

Some early-stage research is suggesting carvacrol can kill breast, lung and brain cancer cells. Two other compounds in oregano oil have been shown to have anti-cancer properties as well: naringin and rosmarinic acid.

Thymol is already used in many OTC anti-bacterial, anti-viral and anti-fungal products. It is particularly useful in fighting nail fungus and ringworm.

The combination of these compounds makes oregano oil a versatile and endlessly useful agent in defense of your health. Below are just a few of the more impressive ways to use oregano oil to live a healthy life–and avoid the doctor’s office.

Ringworm – Put a few drops of oregano oil on affected area. Three drops a day, every day, until it’s gone.

Eczema – Add three drops of oregano oil to an ounce of olive oil. Spray mixture onto the affected area once per day.

Mouth or upper throat infection – Add four drops of oregano oil to four ounces of water. Swish the mixture around in your mouth and gargle four times per day until the problem clears up. You will feel a slight burning sensation that will last for a few minutes. This is natural.

Sore throat – Put two drops of oregano oil into a glass of water and drink.

Acne – Dab a small amount of oregano oil directly to the acne. It kills the bacteria and reduces inflammation simultaneously. Do it once in the morning and once before bed.

Sinus infection – Add three drops to a glass of water and drink. Also, dab into a handkerchief and breathe through the handkerchief.

Bronchitis – Add three drops to a glass of water and drink.

Gingivitis – Combine three drops of oregano oil with one ounce of coconut oil, swish around in your mouth for 20 minutes, once per day.

Diaper rash – Three drops of oregano oil and an ounce of coconut oil applied to the affected area.

Arthritis pain and/or sore muscle pain – Mix a few drops of oregano oil with an ounce of coconut oil and apply topically.

You will notice that using oregano oil topically or in your mouth will often create a burning sensation. This is normal and natural. That is why it is often diluted with other oils or in water.

It is a very powerful oil. If you are new to using it, the best policy is to err on the side of too little rather than too much.

Don’t use it if you are pregnant, as it can contribute to the risk of miscarriage.

That being said, using this amazing oil in place of prescriptions and OTC medications will lower your medical bills, help keep your gut bacteria intact, lower your exposure to toxins and simply make you a healthier person. Enjoy! 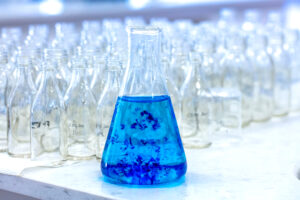 We have all found ourselves wishing that we could go back in time and be young again. Many of us 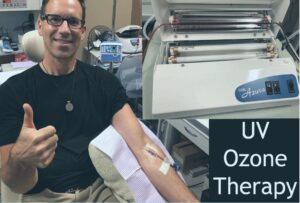 Once Forgotten Cure: Blood UV & Ozone – Now Resurrected What if I told you there was a very simple 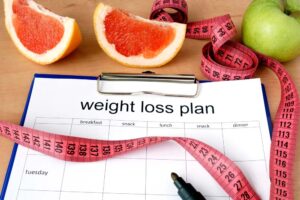 Forget Your Weight, Focus on the Fat

It’s clear we are a weight-obsessed culture. And I am certainly guilty of participating. In my efforts to get people