Strangely, genetically modified foods have been something I’ve only discussed in a rather cursory manner. Perhaps I’ve taken for granted that you should avoid them and never really gotten into the why, how or what of GMOs (as they are referred to).

I was inspired to finally broach the subject in depth by an article I ran across this morning. As we know, gluten has become somewhat unpopular as of late. Not only are we acknowledging the autoimmune condition, Celiac’s disease, we are also acknowledging that many people are just sensitive to gluten. And even further, many people are STARTING to acknowledge that gluten is simply bad for you and leads to leaky gut, which leads to autoimmune conditions and various other ailments.

As a result, bread companies feel threatened (as they naturally would) and are attempting to remedy lost profits with grains that contain up to 75% less gluten.

Well, no because of the way in which they are achieving gluten-reduced grains is equally, if not more, dangerous to your health.

In a lab, geneticists have targeted and isolated the gene in grains responsible for the gluten protein, cut it out of the plant’s genome and replaced it with a genetic sequence they themselves came up with. The process is called CRISPR/Cas9 gene editing.

It’s a truly fascinating process, where scientists use the genes of the cellular immune system to basically attack and eradicate portions of an organism’s genetic code to make it inert. They then introduce a strand of RNA with a synthetically-created gene sequence to fill in the new gap (all very simply put). But being interesting is not the same as being healthy.

There are several concerns regarding the health and safety of GMOs, so let’s get into them.

The primary reason governments (particularly Germany, France and the European Union) are concerned with GMOs is the host of unknowns. Taking genes from one species and inserting them into another comes with an immense amount of uncertainty? Will it be healthy? Will it be poisonous? Is there any way of knowing before potentially thousands or more people are harmed? Will some completely new species or health condition emerge from this? We just don’t know and it’s difficult for us to find out.

GMOs entered the U.S. food market in 1996. In less than a decade, chronic illnesses doubled. Food allergies became the norm. Autism rates soared. Reproductive disorders are on the rise. More and more people are overweight, sick and unhappy. Is this a direct correlation? That would be a stretch, but I would wager there is a connection.

A major concern with GMOs is the manipulation of  research. It is not unprecedented, or even uncommon, for large companies (read the sugar industry, tobacco industry, pharmaceutical industry) to manipulate scientific research. They do this by sponsoring studies regarding their own products and submitting them to journals. They do this by funding studies in favor of their products where those that might harm business are under-funded. They do this by even paying off authority figures to make speeches or write articles in prestigious publications. When this happens, something is fishy–and it’s happening with GMOs.

While it is admirable and understandable for grain and bread companies to attempt to offer a healthier product, the way in which they go about may pose a greater threat to public health than the gluten-laden wheat itself.

It’s a catch-22 for them. They are starting to realize their product is damaging people–and that people know this–but they may be taking the wrong approach to fixing the problem.

Bread companies could instead invest in gluten-free versions of their existing products. This would signal to consumers that they care and are willing to cater to their needs while avoiding the dangers and potential dangers of GMOs.

However, as the future of food unfolds, we must be vigilant. Things are happening while we are unaware. Stay updated with this blog and we’ll do our best to keep you up-to-date! 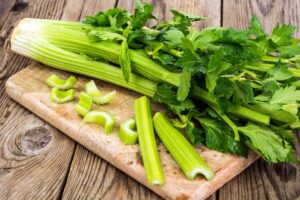 When someone thinks “what is celery good for?” the common answer is to lower blood pressure, balance sugar and even 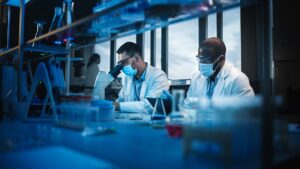 The Politics of Pharmaceuticals

If you listen to the radio show, or you’re a patient of mine, you know a big thing for me 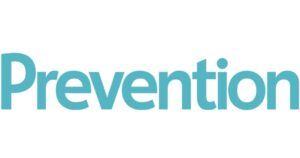 Does 1oz Of Prevention = 1lb Of Cure?

Chances are you have heard the phrase “1oz of prevention is worth a pound of cure?” Did you know it